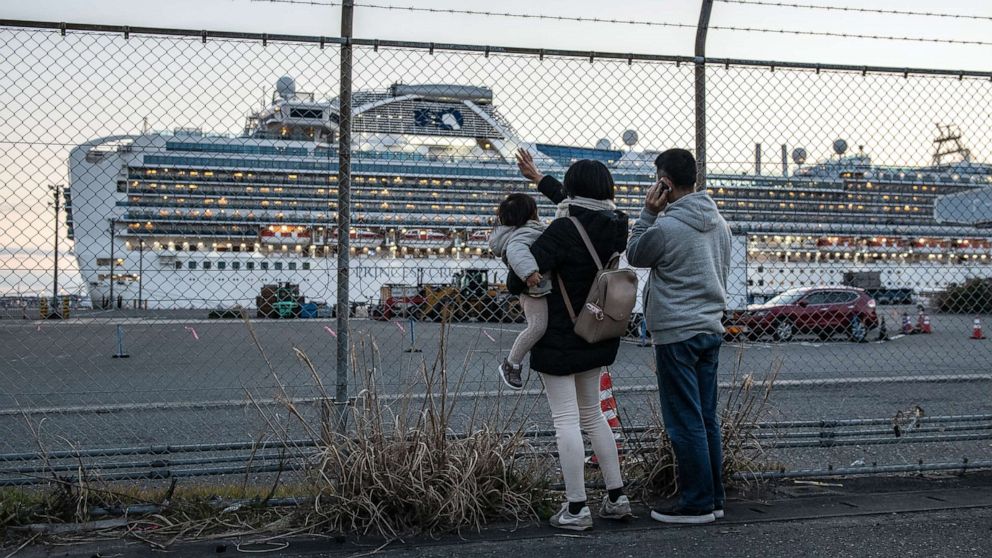 ABCNews
By IVAN PEREIRA
Traces of the coronavirus remained inside cabins of the Diamond Princess for more than two weeks after the cruise ship was vacated, according to a report released by the U.S. Centers for Disease Control Monday.

Researchers who studied the ship, which was docked in Japan on Feb. 5 and placed under quarantine for more than two weeks after several passengers and crew contracted COVID-19, determined that there were still traces of SARS-CoV-2 RNA present inside cabins 17 days after the 3,711 passengers and crew were removed.

The cabins had not yet been sanitized at that point, and CDC researchers said it was too early to draw conclusions from the data.

"Although [this] data cannot be used to determine whether transmission occurred from contaminated surfaces, further study of fomite transmission of SARS-CoV-2 aboard cruise ships is warranted," the report said.

In February, during the beginning of the outbreak, the Diamond Princess represented the largest cluster of coronavirus cases outside of mainland China, as 712 people who were aboard the boat contracted the virus.

CDC researchers found that 46% of the infected passengers and crew members were asymptomatic at the time of testing. The report added that roughly 18% of infected persons never developed symptoms.

"A high proportion of asymptomatic infections could partially explain the high attack rate among cruise ship passengers and crew," the report said.

More than 100 American passengers tested positive, and all but 11 were repatriated back to America, according to the CDC. The Americans who are still in Japan are being hospitalized, with seven of them in serious condition, the report said.

The CDC cited several factors that facilitated the dramatic spread, including the mingling of passengers from several regions of the globe.