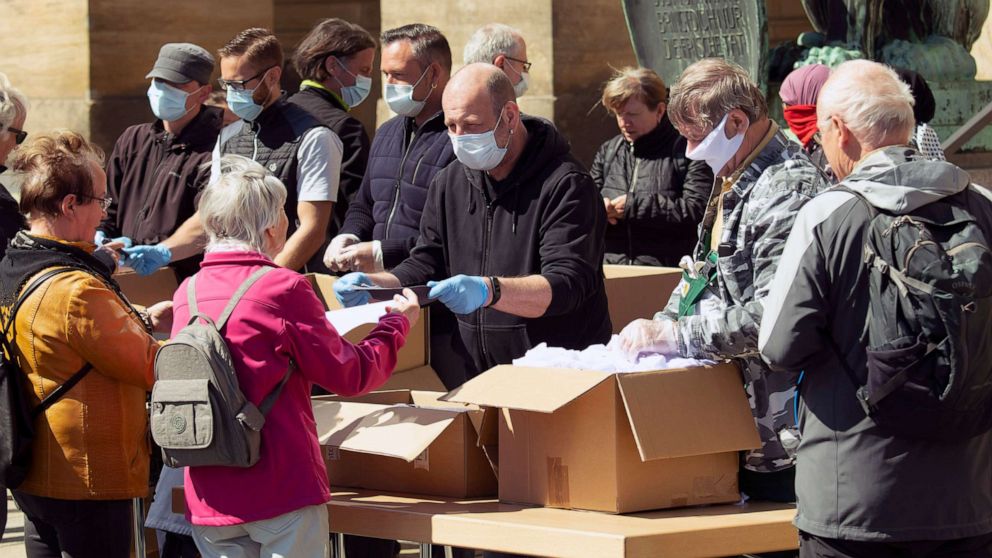 Countries across Europe continued to ease lockdown measures on Monday as a new report warned that up to a quarter of jobs on the continent are at risk in the economic fallout of the enveloping coronavirus crisis.

A newly published report by the American consultancy firm McKinsey today warned that the COVID-19 pandemic could leave up to 59 million jobs at risk in Europe - a total of 27% of the workforce in the European Union and U.K.

"With economic activity in many sectors having ground to a near standstill, many businesses are struggling to uphold their financial obligations," the report, based on an examination of the industries, occupations and people most vulnerable to the economic fallout, reads. "And with uncertainty looming large, many companies are considering adjustments in their workforce. This could potentially put millions of jobs at risk through reductions in hours or pay, temporary furloughs, or permanent layoffs."

The most high-risk occupations have workers who are used to working in close proximity with others, such as in the accommodation, food, retail and arts industries. Younger workers are also at a higher risk of losing their jobs, according to the report.

Most European economies took nearly ten years to recover from the shock of the 2008 financial crisis, and the expected fallout of coronavirus is expected to "far outstrip that of the financial crisis," according to the report.

"The economic shock from COVID-19 is truly unprecedented, and unparalleled with even the global financial and Eurozone crises. It is the most severe economic event to hit Europe since the Great Depression," Sahil Tesfu, an associate partner in McKinsey's Munich office and one of the report authors, told ABC News. "However, first and foremost this is a public health issue which must be effectively tackled. Within Europe, different countries and even different regions have been affected by the virus at widely varying levels and it is logical to predict that the worst impacted, with the most draconian measures put in place, will also take the longest to recover."

While bars and restaurants and restaurants remain closed across most of the continent, the easing of restrictions in several European countries are a sign that governments are trying as best as they can to gradually return life to normal, as forecasts continue to offer chilling analyses of the impact of coronavirus on European economies.

In Germany, small shops, book stores and garages have now re-opened. For the time being, however, schools and universities, remain shuttered.

Kindergartens have reopened in Norway as the country relaxes its own month-long lockdown, following the example of Denmark, which opened nurseries and primary schools last week. Denmark itself reopened small shops and hair salons for the first time on Monday.

Elsewhere in Scandinavia, Sweden has taken one of the most relaxed approaches to shutting down daily life, however, as bars, shops, schools and restaurants have remained open throughout the crisis, although gatherings of more than 50 people have been banned.

Italy, the worst affected country in Europe with 23,660 confirmed coronavirus deaths, is moving more slowly out of lockdown. Some factories and book stores will start to gradually open this week, but most of the country will remain shuttered until the current May 3 deadline.

In the U.K., meanwhile, life under lockdown will continue for the time being, although there are reports in the British media that schools could begin to reopen in a matter of weeks.

While the stakes are high, there is a chance that some of the inequalities at the heart of European society could be addressed in the long term.