Harvey Weinstein trial: Gigi Hadid could be a juror 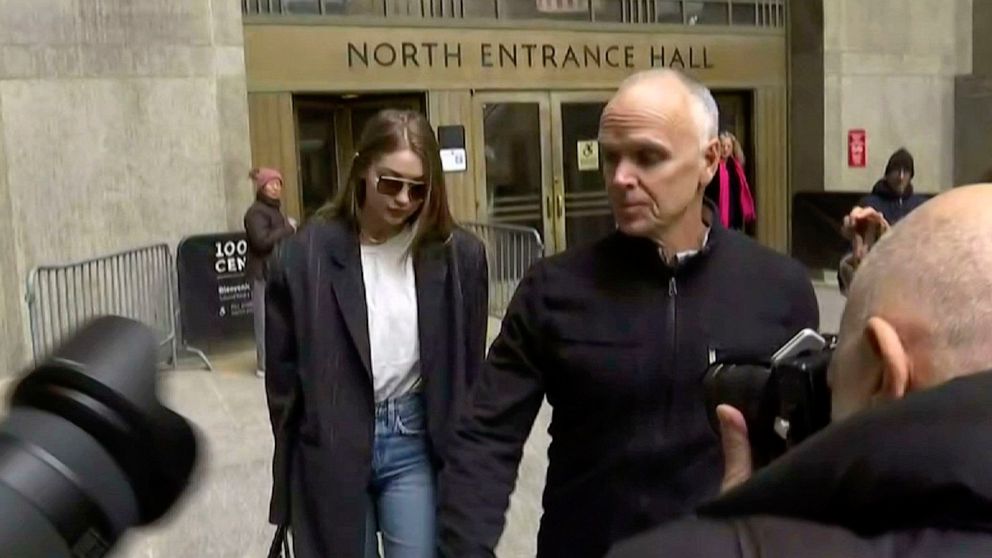 ABCNews
By CHRIS FRANCESCANI
Supermodel Gigi Hadid will be one of about 130 to 140 New Yorkers who will return for further questioning as prospective jurors in the Harvey Weinstein case later this week.

That number will likely climb to 160 or 170 tomorrow, and it is not a given that she will be selected to serve on the jury.

While in the courtroom, Hadid told Justice James Burke that although she'd met Weinstein and one of his sexual misconduct accusers, Salma Hayek, she believes she could "keep an open mind on the facts."

Hadid was photographed leaving the courthouse, but she did not answer any questions.

In addition to having met Hayek, Hadid, 24, has been photographed with actress Cara Delevingne, who in 2017 claimed that Weinstein behaved inappropriately toward her in a hotel room.

Over the past two years, dozens of women have accused Weinstein, 67, of sexual misconduct. The disgraced movie mogul, 67, is facing five felony sexual assault charges in New York stemming from alleged attacks against two women -- one in 2006 and one in 2013. If convicted on the top charges, he could go to prison for life. The trial began last week, and jury selection has been slow-going. Weinstein has pleaded not guilty to all charges and has denied ever engaging in nonconsensual sex with anyone.