Lawmaker speaks after testing positive for coronavirus: 'When I cough, I feel pain' 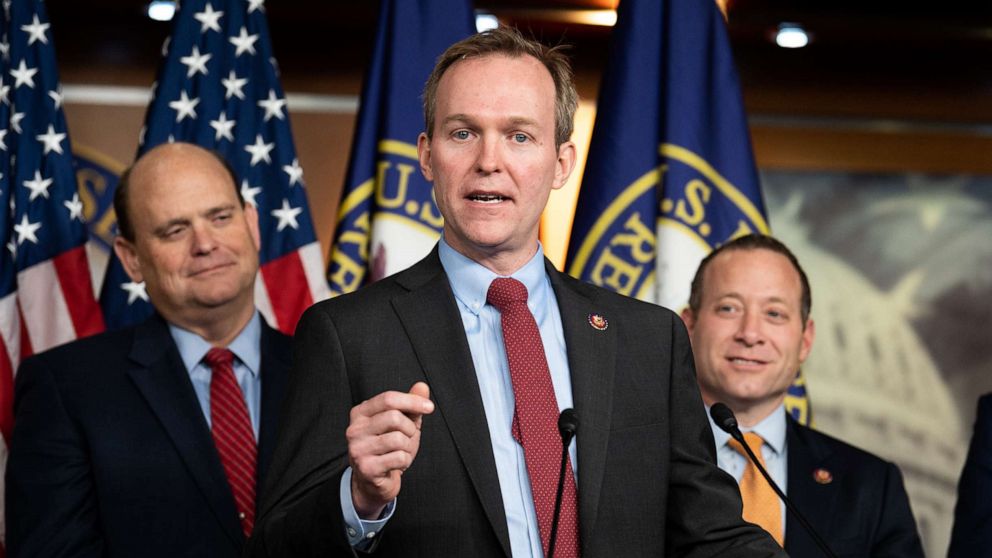 ABCNews
By OLIVIA EUBANKS
Utah Rep. Ben McAdams, the second member of Congress to test positive for the novel coronavirus, told ABC News on Friday that he's still not feeling up to par.

His announcement came just an hour after Florida Rep. Mario Diaz-Balart told the public he too had been infected with COVID-19.

McAdams said last night his temperature was 102 degrees. The lawmaker is still experiencing a fever and breathing difficulties, he said.

"It feels like I've got a belt around my chest that's tightened up. I can't take [a] full breath." McAdams told ABC News' Amy Robach on Friday. "The muscles in my torso are sore, so when I cough, I feel pain."

The Utah lawmaker told ABC News that he started to feel mild symptoms after flying home to Salt Lake City on a commercial airliner from Washington, D.C. on Saturday evening -- feeling even worse on Sunday.

He immediately isolated himself in his house so he wouldn't expose anyone else. McAdams' doctor told him there are limited tests available and his symptoms didn't rise to the level that warranted a test, but that he should self-quarantine.

By Monday night, he said his symptoms worsened. He began to have labored breathing, a dry cough and his temperature rose to 103.

Then, his doctor suggested that due to his aggressive symptoms, he should get tested.

McAdams and his family had been practicing social distancing prior to him testing positive.

"When I tested positive, we locked the doors and are just hunkering down at home, hoping that nobody else in the family comes down with it," he said.

On Friday, March 13, Diaz Balart decided to self-quarantine in D.C. and not to return home, because his wife,Tia, has a preexisting condition that would put her at a higher risk of falling victim to the COVID-19 virus, his office said in a statement.

The Florida lawmaker's symptoms consisted of a fever and headache that began on Saturday evening, and soon after, he learned he had tested positive for the virus.

"I want everyone to know that I am feeling much better," he wrote in a statement.

Both congressmen are urging Americans to take this virus seriously and to follow Centers for Disease Control and Prevention guidelines and other tips from local health authorities.

It has not been confirmed how either member of Congress became exposed to the virus.

The coronavirus pandemic has claimed the lives of more than 11,150 people worldwide -- mainly in Italy and China, recent data shows. There are over 16,600 diagnosed cases in the U.S. across all 50 states, with at least 225 deaths, according to statistics compiled by ABC News.

COVID-19 first emerged in the Chinese city of Wuhan in December 2019 and has reached every continent except Antarctica, spreading to more than 140 countries.