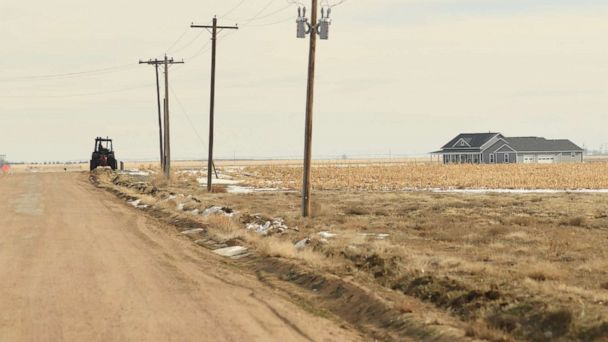 ABCNews
By IVAN PEREIRA
As the coronavirus pandemic continues to spread across the country, businesses, schools and groups are heading online to stay productive.

Rural communities with poor to little broadband Internet access, however, are stuck in digital deserts with no way to ride out the situation, according to digital accessibility activists.

Tim Marema, the editor of The Daily Yonder, a blog that covers several issues in rural America, including internet access, said the years of lagging behind broadband infrastructure construction in places like Appalachia make it tougher to come up with solutions to those barriers during the outbreak.

While the Federal Communications Commission and internet providers have put in temporary fixes, such as removing data caps, increasing cellphone tower range and free access to low-income users, Marema and other activists say those solutions won't go far enough in the next few weeks.

Those 12- and 16- percentage-point differences translate into miles and miles of rural communities not covered. Marema, who lives in rural Tennessee, said the biggest factor is the lack of high-speed network cables and cellphone access in those communities. He said it's been so bad in his neighborhood that students, particularly those in college, have to go through more hoops to get their assignments completed.

"During Thanksgiving break, students would have to drive into town and go to the McDonald's parking lot to file homework," he said.

Marema said that access to tele- and video-education services is the biggest concern among rural communities since residents who work are for the most part in jobs that don't lend themselves to telecommuting, such as retail, manufacturing and farming.

Irma Munoz, the chief operating officer of IDEA Public Schools, a charter school that has 96 campuses throughout Texas and Louisiana, said 35% of the 53,000 student body have no reliable internet or computer access at home. The school will be providing over 15,000 laptops and tablets to their families, free of charge, and give them mobile hotspot, of MiFi, devices, but Munoz said she is still worried about their classes.

"There are a lot of [students] that live on [the] U.S. Mexico border that have internet, but it's limited," she told ABC News. "And MiFi isn't always guaranteed to work."

Chris Lewis, the president and CEO of Public Knowledge, a non-profit tech advocacy group, said the internet deserts in rural America will make it harder for people in those communities to get good healthcare service. Some of those rural areas have a shortage of hospitals and medical centers, and a lack of access to telemedicine. Without access to accurate information and updates on the virus from their local health department, rural residents could rely on misinformation, adds Lewis.

"These are all concerns that we have been raising for over the years, but it is now heightened in a pandemic," he told ABC News.

The federal government and internet service providers, ISPs, have acknowledged the digital divide during the crisis and made plans to remedy the issue. Earlier this month, ISPs and cellphone service providers, including Verizon and AT&T, signed a pledge issued by FCC Chairman Ajit Pai that they would waive late fees and provide more access to their WiFi hotspots over the next 60 days.

Some of the ISPs, like Cox, Comcast and AT&T, are removing their data cap limits. Internet providers Spectrum and TDS, which cover areas in Kansas and Wisconsin, are offering free broadband access to pre-K, grammar, high school and college students during the pandemic.

Matt Mandel, vice president for government and public affairs for the Wireless Infrastructure Association, which represents ISPs and digital infrastructure providers, said the companies are prepared to make sure everyone is connected.

"No one knows what is going to happen, but the carriers are doing what they can," he told ABC News.

Lewis said the pledges are no guarantee that the providers will keep a consistent connection for remote-area residents, and more importantly, do nothing to expand the infrastructure to connect people in the next few weeks.

"None of this helps those who don't have access to broadband in the first place," he said. "We really need a sense of urgency from policymakers to close the digital divide."

In the short term, Lewis said the companies could consider rolling out their mobile internet units that are usually deployed to disaster areas, such as Puerto Rico after the hurricanes.

"If those are available in rural areas, fantastic, put those in," he said.

In the long term, the advocates said they hope elected officials and other policymakers study the issues facing the digital divide and push for an immediate bolstering of rural networks.

Marema noted that Jackson County, Kentucky, built out a fiber-optic broadband network with money from the 2009 stimulus, and the county has boosted its economy and academics with teleschool and telecommuting options.

"They are an example of what is possible in a community that plans, knows what it wants and gets the appropriate amount of targeted capital investment from the government and companies," he said.
Report a correction or typo
Related topics:
abc newsnational
Copyright © 2020 ABC News Internet Ventures.
More Videos
From CNN Newsource affiliates
TOP STORIES