'Shocking and horrifying': 5 children shot, one dead, outside dance party 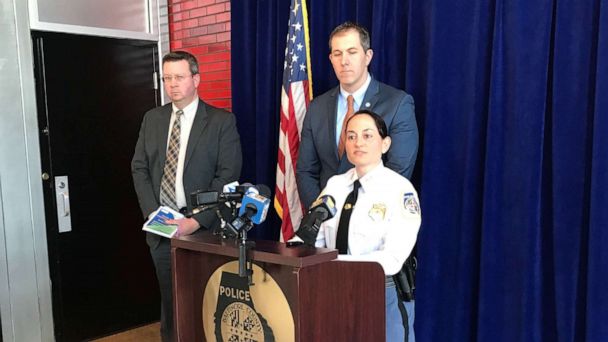 A 13-year-old boy was killed and four other children, including two 12-year-olds, were wounded when several assailants let loose a barrage of gunfire on a group of young people exiting a dance party in suburban Baltimore, authorities said.

A 19-year-old man was also wounded in the shooting early Sunday that broke out in the parking lot of a shopping mall in Rosedale, about six miles northeast of Baltimore, prompting outrage from community leaders.

"This incident of gun violence in our community is shocking and horrifying. It has no place in our community, and we refuse to allow it to become normalized," said Baltimore County Executive John Olszewski Jr.

Gunfire erupted just after midnight as people were leaving a dance party at the Triple Threat Elite Dance studio in the Kenwood Shopping Mall, according to police.

Investigators, working Monday morning to identify those responsible for the carnage, were interviewing witnesses and combing through surveillance video in hopes of finding footage of the shooting.

"As the victims left the event they were approached by several suspects in the parking lot. An altercation ensued and multiple shots were fired towards the group," the Baltimore County Police Department said in a statement.

"All loss of life is a tragedy ... but having a 13-year-old victim is both devastating and absolutely unspeakable," Baltimore County Police Chief Melissa Hyatt said at an emotional news conference Sunday afternoon. "This level of violence is unacceptable. An adolescent lost his life for some senseless and unknown reason."

Investigators have not commented on a motive for the shooting, but they do not believe it was a random attack, officials said, adding they believe somebody has information on the shooter(s) and are asking them to come forward.

A $2,000 reward for information leading to an arrest in the case is being offered by Metro Crime Stoppers of Maryland.

Witnesses said the theme of the packed dance party that preceded the gunfire was March Madness. As people were leaving, shots were fired without warning, witnesses said.

"I just heard 'boom, boom, boom,' and then I turned the corner and I see Rickie on the floor," one witness, who would only identify himself as Mailaki, told ABC affiliate station WMAR-TV in Baltimore.

Mailaki said he and his friends ran into the nearby woods to seek cover as shots shattered the front window of a Goodwill thrift store near the Triple Threat Elite Dance studios.