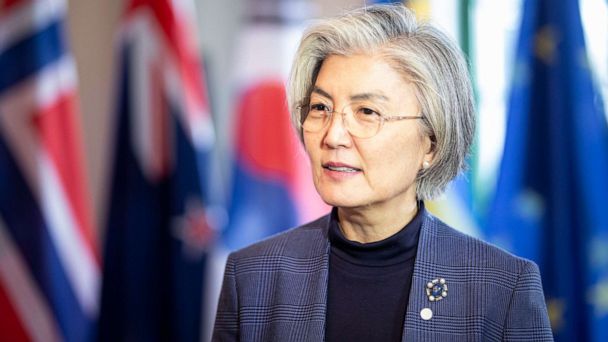 Foreign Minister of South Korea Kang Kyung-wha says that her country may be reopening, but life won't be the same.

"We're not going back to life pre-COVID. The risk is there," she told ABC News. "We need to learn to live with this risk, that means everybody doing their share to stick to the sanitary rules, wearing masks in public places and public transportations, and so on. Washing your hands of course, and you know... everybody has a role to play."


On Wednesday, high school seniors across South Korea were welcomed back to school with significant precautions, including temperature checks. Other grades will return in the following weeks.

Gyms, restaurants, cafes and other businesses are slowly opening their doors with guidance to socially distance. Professional sports, including baseball and soccer, have resumed playing in stadiums, but without fans.

According to the World Health Organization (WHO), since the outbreak was first detected there in January, South Korea has reported 11,112 cases of COVID-19, of which 264 people have died. Incidence of the disease decreased sharply in the country after its peak in early March.

South Korea has been praised by the international community for their swift action in ordering self-isolation, making thousands of COVID-19 tests available and using contact tracing to tracking down anyone who may have come in contact with the disease.

Kang said the country's recent response to the MERS outbreak in 2015 was "not that laudable - there was lots of shortcoming," but said that experience allowed South Korea to improve their disease control infrastructure. There were 185 MERS cases overall in the country when that outbreak occurred, of which 38 people died, according to WHO.

"That has really been put to the full test and successfully... this time," she said, crediting vigorous "testing, tracing and treatment."

"Our testing and tracing capacity was put to the test and it quickly ramped up prior to this spike," Kang said. "After the spike, we've made the testing available anonymous and free of cost because we've realized that many young people who frequented these establishments would be reluctant to come forward to get tested."

Using this anonymous and free testing strategy, Kang said their health department has been able to test well over 60,000 cases "over the past 10 days."

"This underscores the importance, the importance of ability to quickly ramp up testing and tracing," she continued. "This virus is very tricky and it could raise its head any time. And if it does, it is important that you have the ability to quickly test and trace."
Report a correction or typo
Related topics:
abc newsnational
Copyright © 2020 ABC News Internet Ventures.
More Videos
From CNN Newsource affiliates
TOP STORIES Thousands in Hollywood for protest promoted by rapper YG