'Start Here': Senators running for president on the trail ahead of impeachment trial 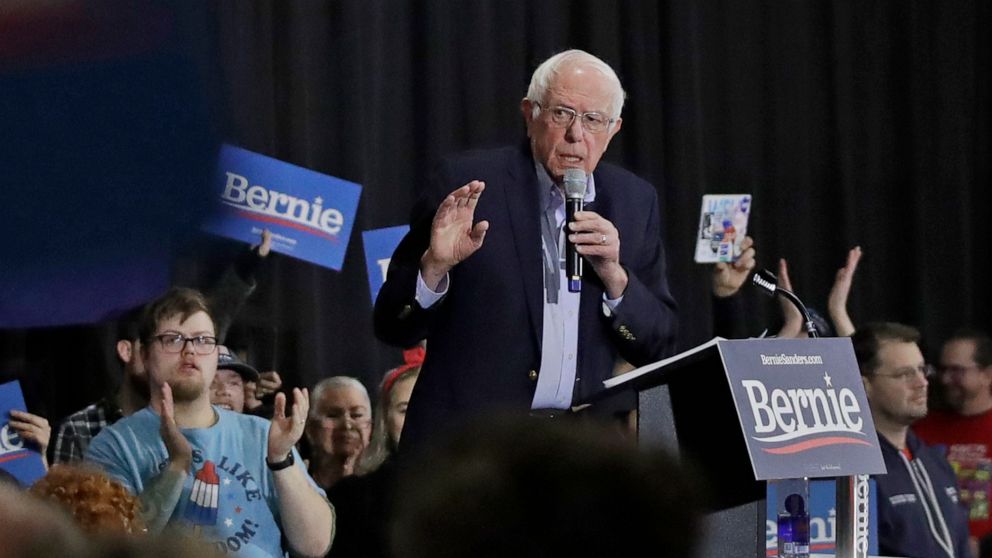 Just days before the Iowa caucuses, the Democratic senators who are running for president are squeezing in last-minute campaign stops before heading back to Washington, D.C., for the impeachment trial in the Senate this week.

On today's "Start Here," ABC News' Rachel Scott says some of the senators are planning to hit the trail when arguments aren't underway.

"The senators are trying to manage here, but it does give a big advantage to their rivals like former Vice President Joe Biden and [former South Bend, Indiana], Mayor Pete Buttigieg who will be able to spend nearly all of their time in these critical key early voting states and talk to voters," she says.

Prince Harry described the decision that he and his wife Meghan Markle made to renounce their titles as a "leap of faith" in his first public comments since Buckingham Palace announced the couple would no longer be working members of the royal family.

"What I want to make clear is we're not walking away, and we certainly aren't walking away from you," he said on Sunday.

As for what Harry and Meghan will do next, ABC News Foreign Correspondent James Longman in London tells the podcast, "The palace has made it quite clear, nothing has been agreed upon."

The extradition hearing of Meng Wanzhou, chief financial officer of Chinese tech firm Huawei, begins today in Vancouver, Canada, after her 2018 arrest at the request of the U.S. government.

The U.S. wants the Chinese executive extradited to face fraud charges for an alleged scheme to deceive global banks and the U.S. government to circumvent U.S. sanctions in doing business with Iran.

The case could take years to resolve and has put Canada in the crosshairs of the fight, according to ABC News' Aaron Katersky: "The Canadians have been seeking a better foothold with China, one of its larger largest trading partners, and so this case has really caused an international stir."

Meng is free on bail -- though she can't leave Vancouver -- and has denied any wrongdoing. Huawei has called her arrest an "unlawful abuse of process" and has claimed that the case against her is "political."

Police officers killed: A chaotic scene in Honolulu, near tourist attraction Waikiki Beach, resulted in two police officers shot to death and the suspect and two others -- all still missing -- possibly dead after seven houses were burned to the ground.

Bar shooting: A patron at a bar opened fire "indiscriminately" after getting into an argument at a San Antonio club, killed two people and injuring five more.

'Everything that is good about our nation': The U.S. Navy will announce on Martin Luther King Day that it is naming an aircraft carrier after an African American for the first time. Doris Miller will be honored for his heroism during the attack on Pearl Harbor.

Mysterious virus spreading: The coronavirus, a SARS-like virus, has now infected over 200 people in China, with three fatalities. It has also spread to Japan, officials said, and the U.S. is taking precautions.

Who's On Track To Make The Baseball Hall Of Fame? Derek Jeter can begin writing his acceptance speech, but who else will be headed to Cooperstown when new inductees are announced Tuesday?

When is blowing up a rocket worth more than $60 million a good thing? When it's the last step before a rocket launched from the U.S. can return people to the International Space Station.

SpaceX blew up one of its Falcon 9 rockets on Sunday in a successful in-flight abort test to show the Crew Dragon spacecraft could bail if something goes wrong.

Even though the test went well, it's not clear when SpaceX will launch a manned mission to space. CEO Elon Musk has said in the past he hoped to do so in 2020.
Report a correction or typo
Related topics:
abc newsnational
Copyright © 2020 ABC News Internet Ventures.
More Videos
From CNN Newsource affiliates
TOP STORIES