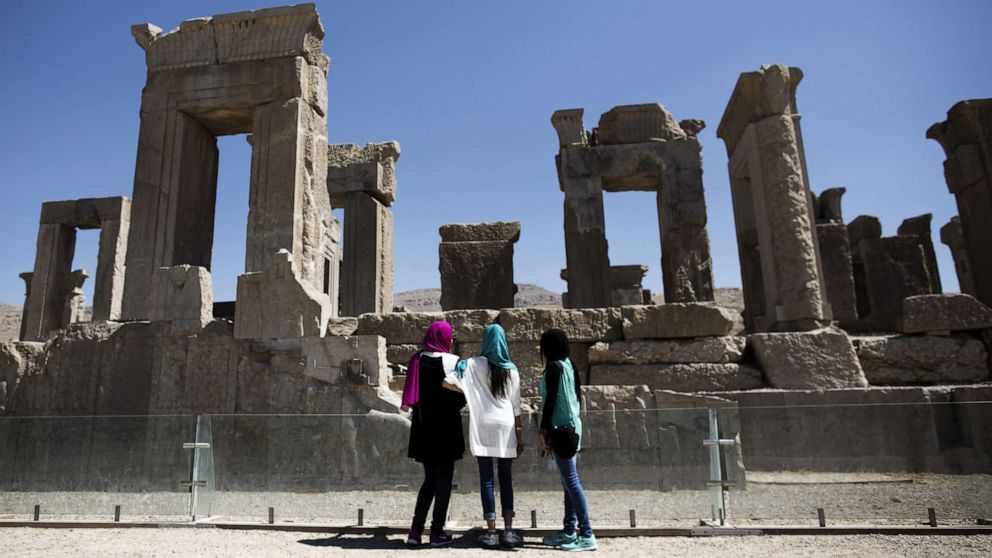 While President Donald Trump has walked back threats he made to target cultural sites in Iran after a U.S. airstrike that killed Gen. Qassem Soleimani and Iran vowed revenge, his comments nonetheless struck a chord with the very people who work to preserve the priceless pieces of history for generations to come.

Experts on cultural heritage and preservation said that Trump's initial proposal, in addition to likely being a war crime, was an appalling and barbaric way to deal with conflict.

Discussions on the importance of cultural history began after many sites and artifacts were lost during World War II, prompting the United Nations to enact a law for the protection of cultural property in the event of armed conflict at the Hague Convention in the Netherlands in 1954. The treaty later was ratified in 2008 under the Bush administration.

The U.S. was actually one of the first countries to adopt a military code outlawing the destruction and theft of cultural property. The Lieber Code, the first modern outline of the legality surrounding acts of war, was created during the American Civil War and made it a war crime to target cultural sites such as universities or libraries.

Micah Garen, a filmmaker and journalist kidnapped by Shia extremists in 2004 while working on a documentary film about the destruction of cultural history in Iraq as a result of the war, told ABC News that the U.S. military began to take more care in protecting the heritage sites in the country after the first few years of occupation.

Garen described crimes such as the Taliban's deliberate bombing of the sandstone Buddha carvings in Afghanistan in 2001, and, more recently, ISIS attacks on churches, mosques and Yazidi sites in northern Iraq, as "egregious" and "terribly disturbing to the world."

But leaders of nations have been using the shock tactic to illicit terror and display might and power for thousands of years, Leila Amineddoleh, an art and cultural lawyer in New York who focuses on cultural heritage and the protection of heritage abroad, told ABC News.

In 330 B.C., Alexander the Great burned down burned the Persian palace in Persepolis in retaliation for destruction the Persians had rained down on Athens more than a century before. Nazi Germany destroyed or stole countless pieces of art during World War II.

Garen likened the destruction of national treasures to "cultural genocide" and "ripping apart the fabric of someone's society."

"Cultural heritage is irreplaceable," Amineddoleh said. "Once it's damaged, it's lost forever."

One of the problems is that many people in the West aren't aware of the historical significance housed in the Middle East, according to the experts.

"A lot of that is not understood, because a lot of current discussion is on current political climate and conflict," Garen said. "Underlying is an extraordinary ancient society."

The Middle East is the birthplace of achievements "in mathematics, science and democracy, deeply felt and appreciated" by modern society, Garen said. In addition, the Middle East is home to a "crossroads of so many civilizations," a portion of the silk road, and several sites that predate Islam, said Amineddoleh, whose father is Iranian and still lives there.

The sites have significance beyond Iran and the Middle East, "for all of humanity," she said.

Garen compared the loss to sites and artifacts of cultural and historical significance in the Middle East to the sense of devastation many felt watching the Notre Dame cathedral in Paris burning.

"It broke people's hearts because it's the center of Paris," he said. "It's the geographic center of Paris, but it's also a symbol that defines the culture of Paris, and, to a large extent, France in general. They've attached themselves to the beauty, the architectural splendor of it. You can see the devastating impact a fire has on people's psyche."

The UNESCO World Heritage Convention describes cultural heritage as a protected global patrimony. In a statement released after Trump's initial warning on Sunday, UNESCO Director-General Audrey Azoulay "stressed the universality of cultural and natural heritage as vectors of peace and dialogue between peoples, which the international community has a duty to protect and preserve for future generations."

UNESCO currently lists 24 sites in Iran on its World Heritage List and has proposed dozens more.

Trump backed off his threat to strike Iranian cultural sites on Tuesday, acknowledging that international agreements prohibited targeting such sites but making it clear that he does not agree with that concept.
Report a correction or typo
Related topics:
abc newsnational
Copyright © 2020 ABC News Internet Ventures.
More Videos
From CNN Newsource affiliates
TOP STORIES