US man caught sneaking into Germany to see girlfriend 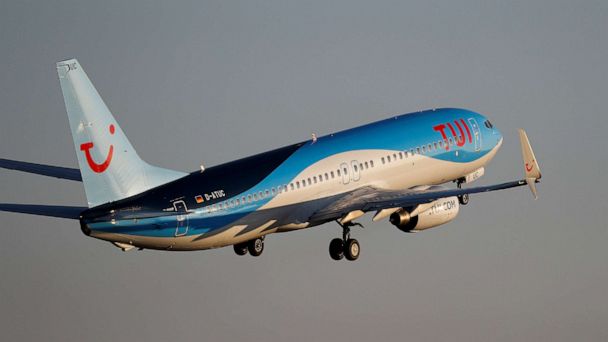 Although borders remain restricted due to the coronavirus pandemic, a young man from the United States bravely tried to sneak into Germany posing as a cleaner to deceive the security guards and border patrol.

The reason? He wanted to meet his girlfriend.

The incident occurred on May 10 when a 20-year-old Pennsylvania native flew on United Airlines from Washington, D.C. to Frankfurt airport to meet his German girlfriend, German Federal Police told ABC News.

While the U.S. has maintained some air traffic with Germany amid the pandemic, U.S. nationals are not allowed to enter the country under the current coronavirus-imposed travel restrictions, Berlin authorities told ABC News.

Like in a Hollywood romantic comedy , the love-struck young man put on a yellow neon vest that he brought with him to disguise himself as a janitor once he arrived at the airport.

Once he entered the airport premises, he grabbed two trash cans and proceeded to try to empty them behind the security area.

His original plan was to allegedly mingle with the airport security staff and exit the passport control area with the real workers. But border security officials grew suspicious after he made several attempts to try to empty the bins behind the security area where he was denied entry.

The border-crasher was still trying to convince security staff to allow him to enter when a female officer noticed that he was not wearing a security ID pass and was also unable to speak German.

She quickly alerted the Federal police at the airport, the police spokesman said.

Upon questioning, the unnamed young man revealed that he had indeed tried to enter Germany by sneaking in because he could not find any legal means to enter the country to see his German girlfriend, whom he met when she was on a student exchange program in the U.S. "The boy wanted to protect her so he did not reveal her name," a Federal police spokesman told ABC News.

After checking his records for any criminal activity of clearance from U.S. law enforcement, the German Federal Police released the love-struck American who spent the night in the Frankfurt Airport transit area before being deported home without seeing the love of his life.
Report a correction or typo
Related topics:
abc newsnational
Copyright © 2020 ABC News Internet Ventures.
More Videos
From CNN Newsource affiliates
TOP STORIES