Abortion rights activists rally in SoCal and across the US, calling on lawmakers to 'stop the bans' 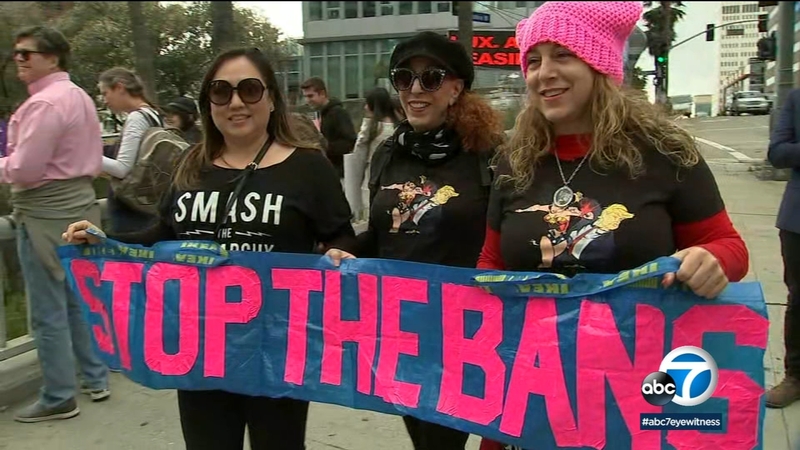 LOS ANGELES (KABC) -- Abortion rights activists rallied in Los Angeles and other cities across the United States, describing Tuesday as a "national day of action" while protesting against efforts by lawmakers in some states to restrict legal abortion.

One demonstration was held outside West Hollywood's City Hall and another in downtown L.A.'s Pershing Square. Rallies were also held in Boston, Hartford, Connecticut, and on the steps of the Supreme Court in Washington, D.C., where Sens. Amy Klobuchar and Bernie Sanders spoke.

Many protesters used the hashtag #stopthebans to organize and disseminate their message.

But voters were not the only ones speaking out. West Hollywood officials said their city was the first to impose financial sanctions against states that have enacted legislation banning abortions.

The Los Angeles County Board of Supervisors is considering banning travel to Alabama by county employees on official business. On Tuesday, the Los Angeles Unified School District was expected to consider a resolution condemning Alabama's anti-abortion legislation.