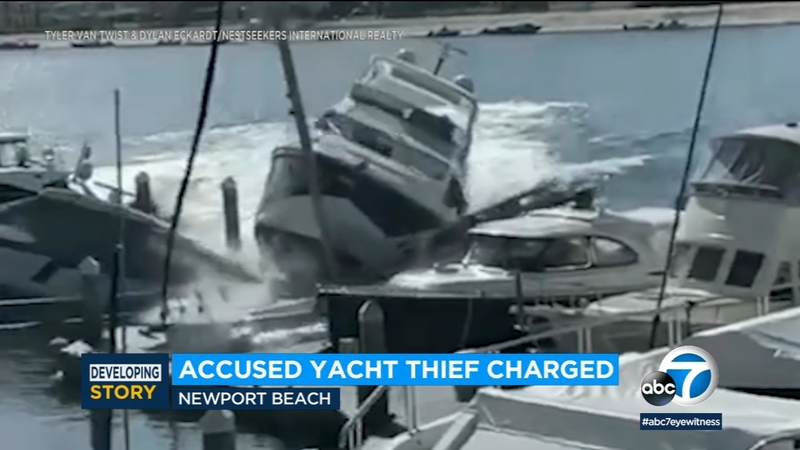 SANTA ANA, Calif. (CNS) -- A man accused of stealing a yacht and taking it on a joyride in Newport Harbor was charged Tuesday with multiple counts of vandalism and grand theft.

Siam allegedly swiped the 60-foot yacht Thursday, according to Carrie Braun, a spokeswoman for the Orange County Sheriff's Department.

The man, who was on the run for a brief moment, crashed into several other boats and docks, causing serious damage before running into the Lido Island Bridge and seawall, authorities said.

Police were called about 9:20 a.m. regarding the stolen yacht, which was being serviced when it was taken, Braun said. Because it was being serviced, the keys were left on board. It was stolen when the person repairing it had stepped away, she added.

Siam, who listed his occupation as a CEO in jail records, allegedly crashed the yacht into multiple other boats, damaging at least two and perhaps a third while joyriding around the harbor before it eventually slammed into the sea wall next to the Lido Island Bridge, Braun said.

One person was injured on board one of the damaged boats, Braun said.

Debora Dolly, who was aboard one of the vessels the yacht struck, told CBS2 the force of the collision caused part of her boat to crash in on her and hit her head. But she told the station she was not seriously hurt.

No further injuries were reported. The extent of the damage caused during the theft was not immediately known.