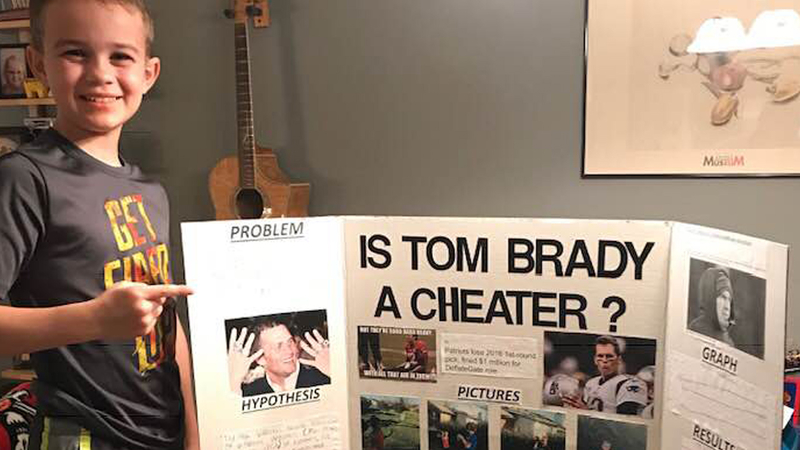 This kid tried to prove that the Patriots cheat, for his science project.

Why did Ace Davis, a 10-year-old who attends Millcreek Elementary in Lexington, KY do his science project on the Patriots?

"Because I hate Tom Brady, he's been accused of cheating before, I want him to be caught," he told Draft Diamonds.

And, by the way, Davis won.

"He won the science fair and is moving on to district," his dad, Christopher Davis, said on Facebook.

Ace's enmity is not reserved for Brady alone. He told Draft Diamonds that "Julian Edelman takes steroids," and "pushes everyone around," while "Gronkowski gets shut down."

Ten-year-old Ace, a quarterback in his own right, cited the now infamous "deflategate" scandal as evidence, and graphed his own accuracy and distance throwing a football, as well as his mother's and sister's.

His conclusion? "The Patriots were found guilty of doctoring football, thus losing $1,000,000 and future draft picks. Tom Brady is indeed a cheater."