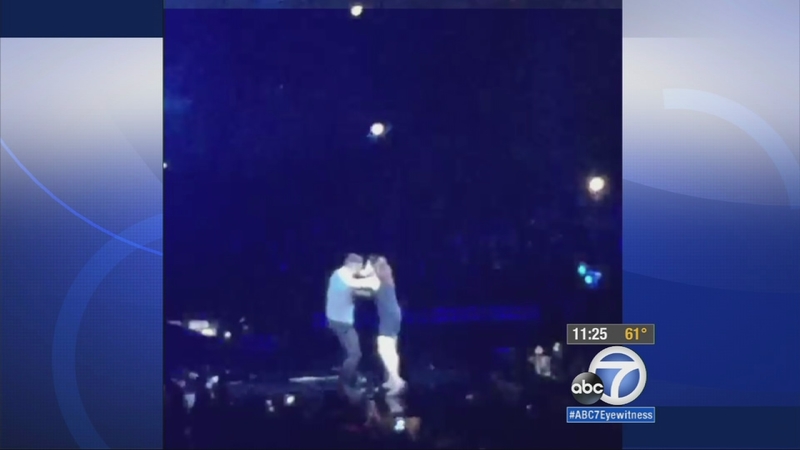 ANAHEIM, Calif. (KABC) -- An overzealous female fan caught Adam Levine off guard when she ran onto stage during the Maroon Five concert at the Honda Center in Anaheim Monday.

The screaming woman rushed at the musician and tried to hug him as he was performing in front of thousands of people.

"I just so happened to record that whole song, and all of a sudden, a crazy chick came on stage," said Fountain Valley resident Jessica Hong, who sent ABC7 the video. "It was so funny."

Levine at first pushed the woman away, but then he put his arm around her until security arrived.

He then told the crowd it was terrifying to be singing with your eyes closed, and then suddenly have someone in your face.

"She, like, cut my ear with her finger nail," he said to the crowd. "It's all good. I love you sweetheart, I'm glad you're a fan of the band. It's only mildly creepy that that just happened."