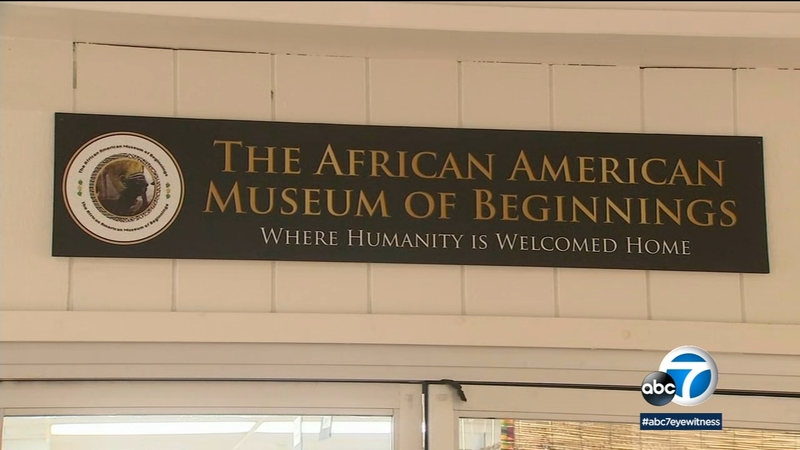 POMONA, Calif. (KABC) -- Walking through the African American Museum of Beginnings in Pomona, you'll find everything from old newspapers, to records, paintings and even artifacts. The museum takes visitors through a timeline of African American history.

Co-founders Victoria and Khalif Rasshan found that Juneteenth and its significance in American history is a story unknown to so many.

Juneteenth, or June 19, commemorates the end of slavery in the United States. And just this week, the House passed a bill that would make the day a federal holiday. President Joe Biden is scheduled to sign the bill into law Thursday.

Although confederate soldiers surrendered in April of 1865, it took several months before enslaved African Americans in Texas were told the news: They were free.

"We did not get the memo that we were emancipated," said Khalif.

Now in its 10th year, the retired school teachers say the African American Museum of Beginnings began as a Black history project.

"When February rolled around we were like, we have to do something and so the district was gracious to provide this space for us. And we thought it was going to be two or three months," said Victoria.

Recognizing a need for this space in their community, it has grown into what it is today -- offering book clubs, children's reading circles, arts and crafts, and much more.

Nearly 80% of the items in the museum have been donated. Victoria and Khalif say their purpose is to serve, telling the story of Juneteenth and educating the community on the rich history of African Americans.

"The purpose was that so children in our community could come and learn about African American history, and the community," said Victoria.