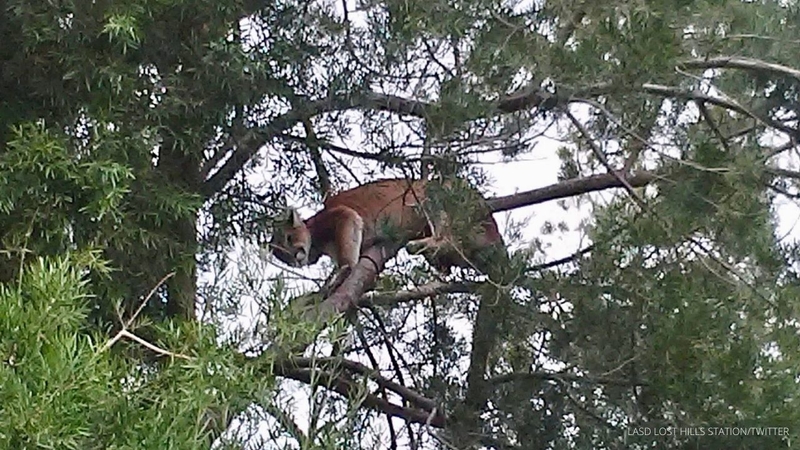 AGOURA HILLS, Calif. (KABC) -- Los Angeles County sheriff's deputies were sent to Agoura Hills Saturday afternoon after a mountain lion was spotted in a nearby neighborhood.

The large cat was seen sleeping about 25 feet up a tree along the 28800 block of Barragan Street sometime before 3 p.m., according to a tweet from the department's Lost Hills station that included a photo of the mountain lion.

Residents in the area were urged to exercise caution.

"Please keep small kids and pets near you, or indoors if possible," read the tweet.

Wildlife officials say the cougar will likely climb down and return to the nearby Santa Monica Mountains.