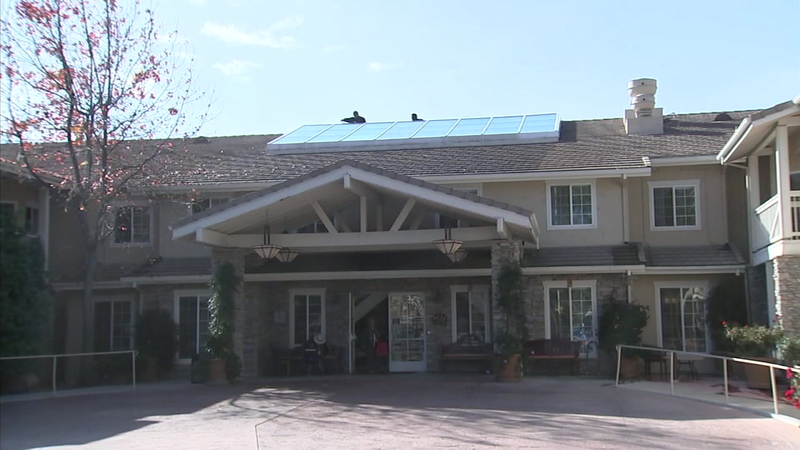 AGOURA HILLS, Calif. (KABC) -- The panic of evacuating a family from an approaching fire is hard enough, but try nearly 150 senior citizens at a living facility in Agoura Hills.

Troy Byington had to do just that - mobilize 148 elderly residents at the Meadowbrook Senior Living facility. Nearly half were dependent on walkers and wheelchairs.

"And the first thought of everyone, 'Oh no, please. Not here," said Byington, the home's executive director.

The facility is located near the edge of the 101 Freeway at Cheseboro Road, where the Woolsey Fire took a leap.

Only now are the stories emerging about what it took to get residents and staff safely out and relocated.

Medical technician Marlene Paniagua was at home with her 2-year old daughter Melody when she was called in at midnight. Paniagua worked her shift with her toddler strapped to her back.

"When there is an imminent danger, such as a fire that is about to take down a building, you put the needs of others before yourself and try to be as helpful as you can be," Paniagua said.

A crucial problem had been finding vehicles to transport the residents in wheelchairs.

"We were calling all the bus companies. We even tried party limos," Byington said.

Public transit from Thousand Oaks and Agoura Hills came to the rescue. Then the question was where to take the residents and their caregivers. Some were evacuated a second time because of the moving fire.

"Holiday Inn in Burbank, back to Calabasas Hilton then back to the Hilton in Glendale," resident Don Ketelhut said.

Now everyone is back at Meadowbrook and planning a party on Friday to say thank you to staff, firefighters and volunteers, such as an unknown driver who they can't even locate.