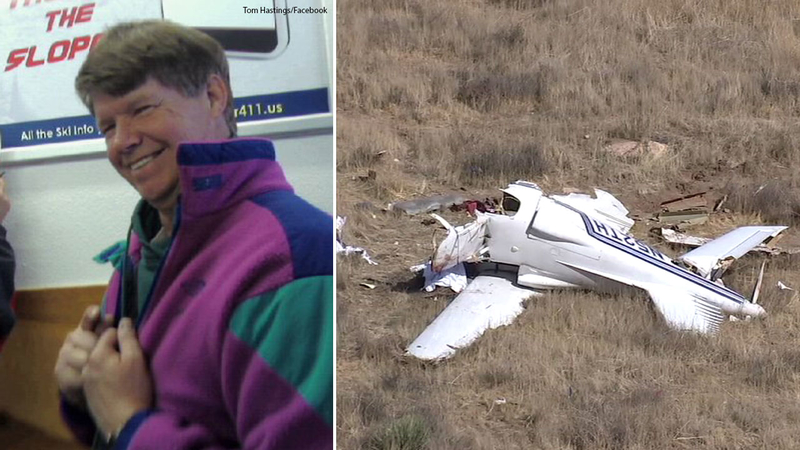 AGUA DULCE, Calif. (KABC) -- A child and three adults were killed Sunday morning when a small plane crashed in the Agua Dulce area northeast of Santa Clarita, according to the Los Angeles County Fire Department.

Firefighters and sheriff's deputies responded shortly before 11 a.m. to the 30500 block of Briggs Road, where the wreckage of the aircraft was seen just a few feet from the roadway. The remote location is about a mile southeast of the Agua Dulce Road interchange on the 14 Freeway.

LACFD Battalion Chief George Cruz said the deceased were a child under the age of 10, a woman and two men.

Family members identified one of the victims as Tom Hastings, who was reportedly on board with his daughter, identified only as Amber, and granddaughter. It is believed the other man killed was Amber's husband.

The plane is registered to Thomas G. Hastings, who built the plane in 1999, an online registry said.

It was not immediately known where the Cirrus VK-30 was headed or if there was any emergency call prior to the crash.

The FAA and the National Transportation Safety Board will investigate the incident, Kenitzer said.