Airlines have been among the hardest hit economically by the coronavirus crisis and one local laid-off employee is talking about how difficult it is now to survive.
KABC
By Carlos Granda
LOS ANGELES (KABC) -- Despite more businesses reopening, another 2 million Americans are filing for unemployment. One of the hardest hit industries is air travel.

ABC7 spoke with one airline worker who recently lost her job.

"There's no money. You can only survive off your savings account for so long," said Melanie.

Melanie who does to want to give her last name works for a major airline and was out of work back in March. Her situation is unique because she lives out of state, but collects California benefits and she's based out of Los Angeles. Getting unemployment benefits however has been difficult.

"After 40 phone calls a day of even trying to get through to the EDD office, the lines are so busy that most of the time when you call you get disconnected because you can't even wait on hold," said Melanie.

It's another week of grim unemployment numbers. Nationwide now more than 40 million people are out of work. In California, another 212,000 filed for benefits bringing the total to 4.65 million, or about 24% of the workforce.

"What is disturbing about these numbers is that when you look at the proportion of people that are affected, it really is affecting the lower wage earners in our country. They don't have the safety net," said Jim Baer, a business advisor and president at CMBG in Los Angeles.

American Airlines now says it will cut 30% of its management and administrative jobs - that's about 5,000 people. And Delta Airlines is announcing new programs to encourage early retirement.

Melanie wonders how will the industry look in the next few months.

The airlines have been getting some help from the federal government but some feel air traffic wont be back up to previous levels for three to five years.
Report a correction or typo
Related topics:
travellos angeles countylos angelesairline industryeconomyunemployment californiaamerican airlinescoronavirusairlinedeltaunemployment
Copyright © 2021 KABC-TV. All Rights Reserved.
CORONAVIRUS 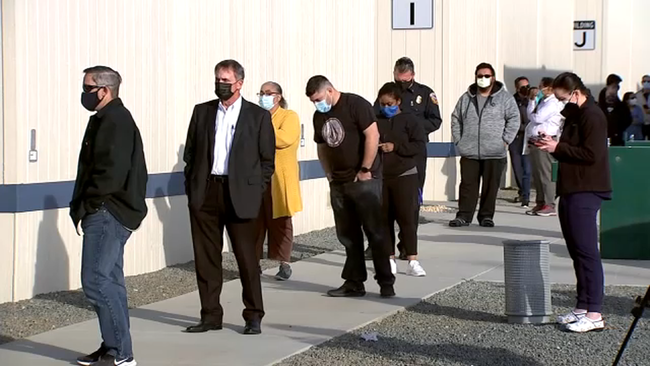