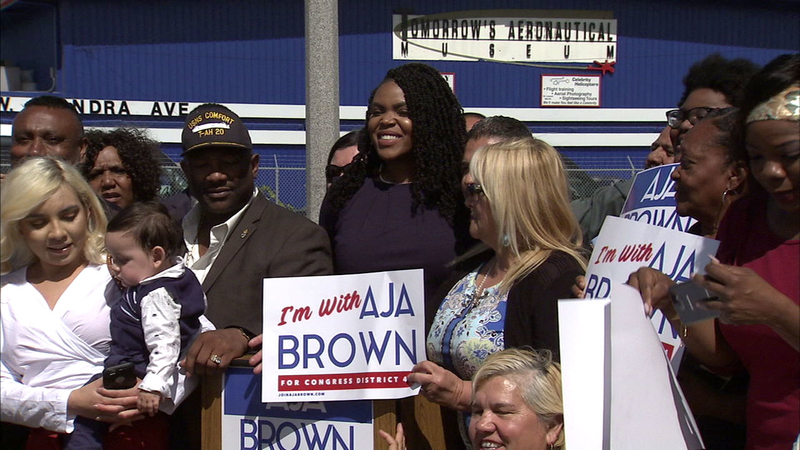 "I've served as mayor. I really served as a catalyst for a major turnaround for the community that has historically been underserved and disadvantaged. The growth in Compton is evident, it's tangible that you can touch, and so I would like to take my service to a greater level," Brown said.

Brown said she decided to jump in the race after actress and conservative commentator Stacey Dash announced she is running for the 44th District seat.

Dash was an early supporter of President Donald Trump.

"I definitely don't want to leave our Congressional representation to chance, and I think that the outcome of the 2016 election was definitely jarring for many people," Brown added.

The district is currently represented by Democrat Nanette Barragán.

The district, which extends from Compton and Watts to San Pedro, is heavily Democratic. The population has been traditionally African-American but there has been a big influx of Latinos.

Barragan said, "We welcome anybody into this race. The unfortunate part is it really is a distraction from the Democrats' ability to focus on flipping the house, which is really what we need to do in these times, where you have a president who is attacking communities like mine."