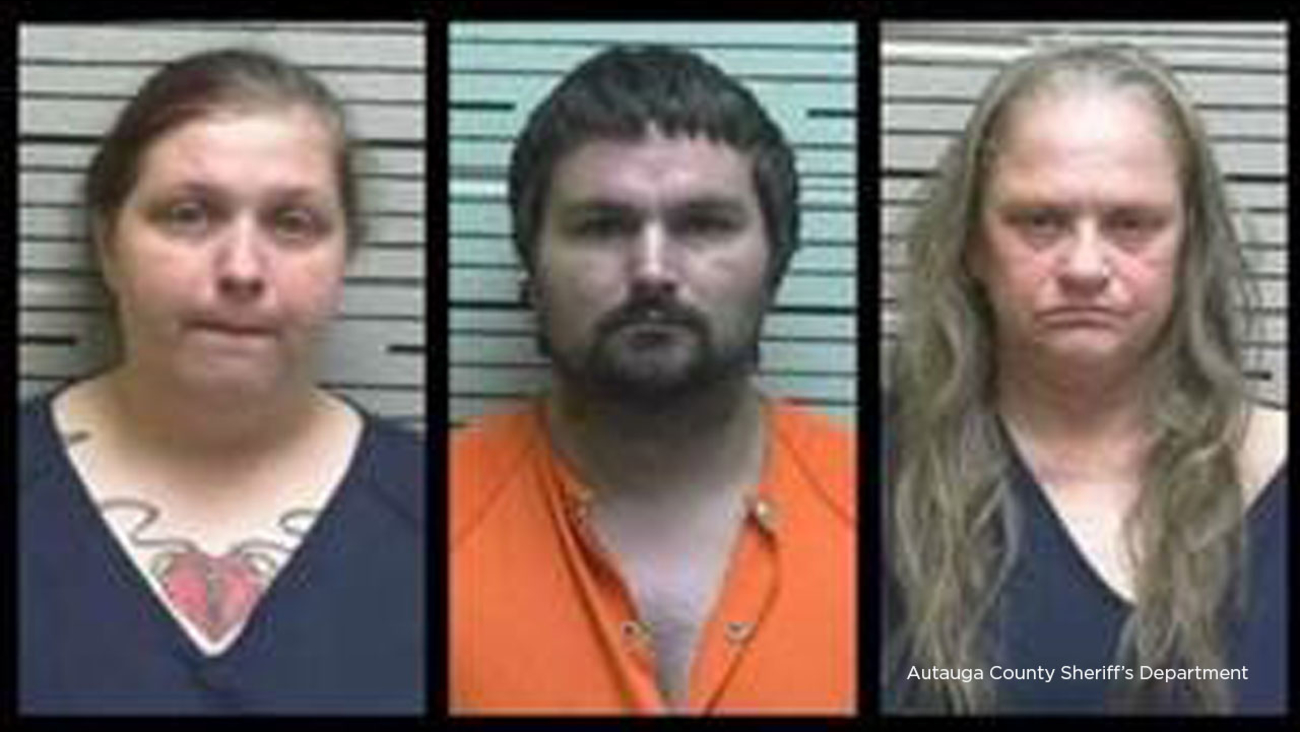 Mugshots of three family members arrested on child abuse charges after a 13-year-old boy was found naked and chained at an Alabama home on Thursday, Sept. 20, 2018.

PRATTVILLE, Ala. -- A 13-year-old boy was found naked and chained at an Alabama home and three of his relatives have been arrested on child abuse charges, authorities said Friday.

The child was naked with chains padlocked around his ankles. The chains were attached to a door, preventing the boy's normal movement. He estimated that the boy had been chained up for several hours.

"I mean, we've never had anything like this in Autauga County," he told the Montgomery Advertiser. "We've had child abuse cases, physical abuse cases that were bad. But nothing like this where a child was left chained up for an extended period of time."

However, he said the boy was speaking with deputies and did not seem withdrawn. He described the teen as fun-loving and sweet.

Records show the boy's mother, stepfather and grandmother have all been arrested on charges of torture/willful abuse of a child under 18. It's unclear if they have lawyers who could comment.

Investigators believe the child had been restrained as punishment.