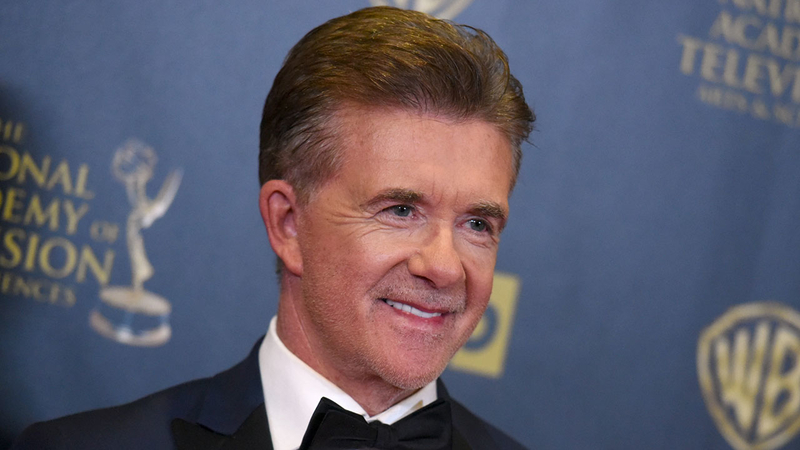 LOS ANGELES (KABC) -- Alan Thicke, the actor best known for his role on the ABC sitcom "Growing Pains," died doing something he loved: playing hockey. He passed away of a heart attack on Tuesday at age 69.

In a career spanning almost 50 years, Thicke accomplished quite a bit. He was an actor, writer, producer, composer, host, author and more.

For seven seasons, from 1985 to 1992, Thicke starred on "Growing Pains" as Dr. Jason Seaver. He and his co-stars kept America laughing for 167 episodes.


Before he made the move the U.S., Thicke was a popular talk show host in Canada. And for a short time, he hosted his own late-night show in the U.S. called "Thicke of the Night."


He was a diehard hockey fan who was on the ice with his 19-year-old son, Carter, at Burbank's Pickwick Ice arena when the heart attack hit.

"You know, he seemed to be OK at the time and he was joking a little bit with his son, and then they took him out and that's the last we saw," said Kyle Staverk, who works at the arena.

On Tuesday night, Carter Thicke took to Twitter and wrote a heartwarming message about his father.

Today I lost my best friend and my idol, and the world lost one of it's finest. You are a legend and I love you Pops. Until next time. pic.twitter.com/ZQd2NZMTx4

"Today I lost my best friend and my idol, and the world lost one of its finest. You are a legend and I love you Pops. Until next time."

The actor was also remembered at Tuesday's L.A. Kings game.

"He skated with us a number of times in a lot of our celebrity games, so he's surely going to be missed and our condolences go out to his family," said game announcers.

Thicke had a friend in the Eyewitness Newsroom -- weather producer and comedian Phillip Wilburn.

"He knew who he was and he knew how to have fun with himself, and that was the thing about Alan," Wilburn shared. "Alan was always up for the joke. He was always looking for the next thing."

In his composing career, Thicke was involved in creating some hit TV theme songs, including the original theme to "The Wheel of Fortune" and shows such as "The Facts of Life" and "Diff'rent Strokes."

Robin Thicke told the LA Times his dad was "the greatest man I ever met" and "always a gentlemen."