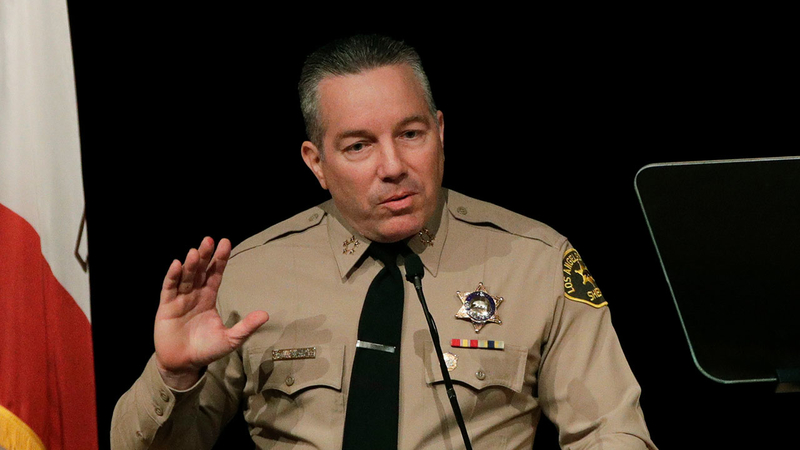 LOS ANGELES (KABC) -- Los Angeles County Sheriff Alex Villanueva said he is dealing with "cliques" within the department that are allegedly involved in hazing and have tattoos to show they are members.

The comments came during a Sheriff Civilian Oversight Commission on Tuesday. During the meeting, Villanueva also faced questions from county supervisors about why he rehired Deputy Caren Carl Mandoyan, who'd been fired over allegations of domestic abuse.

Some call the deputies in the cliques renegade deputies, or worse.

"It is a gang. That's what it is. So, stop doing them a favor by telling them over and over again and agreeing with them that it's a clique. It's not a clique," one speaker said at the meeting.

According to a lawsuit filed by several deputies against the county, there was one clique at the East Los Angeles Sheriff's station, which called itself the "Banditos."

"Certain groups like Lynwood, the Vikings, and this group now currently at the East LA station have taken their behavior into a different avenue," Undersheriff Timothy Murakami said.

According to the sheriff, the cliques are allegedly involved in hazing and have tattoos to show they are members. He said he is working to stop this type of behavior.

"This is hazing run amok that went unchecked and it was an absolute failure of leadership, from top to bottom, because they didn't take the issue seriously," Villanueva said. "We are taking the issue dead seriously."