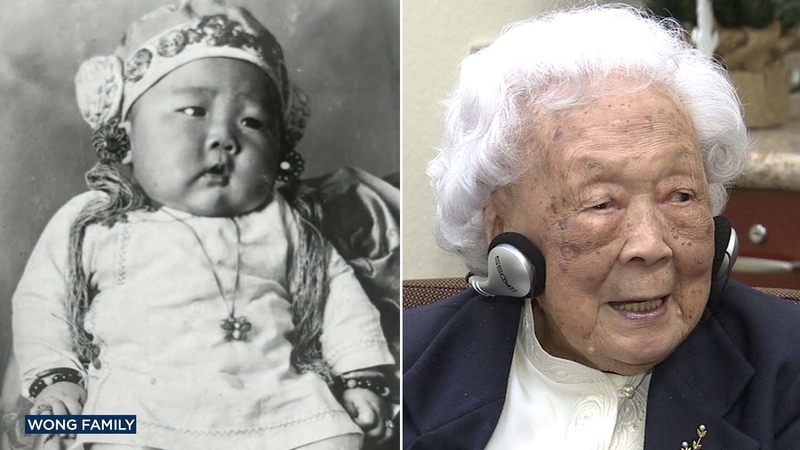 SoCal senior facility to have 11 centenarians in 2018

ALHAMBRA, Calif. (KABC) -- When the ball drops on New Year's Eve, a senior facility in Alhambra will have a big reason to celebrate - it will have 11 residents who've surpassed the century mark.

Resident Evelyn Zehring is 103 years young. Mary Saito is 100. And on New Year's Day, Fukiko Murase will hit the 100-year mark. They are all residents at the Atherton care facility.

Lillian Wong, who graduated from USC in the early '30s, is one of two residents at the facility who is 106 years old.

Do the math - if you add up all the centenarians at this facility, you have 1,100 years of life experience. That's a lot of wisdom.

Jim Williams, a centenarian, shared some of that wisdom.

"Very simple. Just be nice to people," he said.

They were born at the end of one World War and lived through a second. Saito was one of 110,000 Japanese-Americans sent to an internment camp. That memory now, she says, is just a blip.

"I just think it had to be, 'que sera que sera,' whatever will be will be," she said.

They don't fit a mold. Some say they are fueled by faith and family. Williams says he's self-driven.

"Sat around most of the time," she said with a laugh.