Toddler in serious condition after hit-and-run in Alhambra 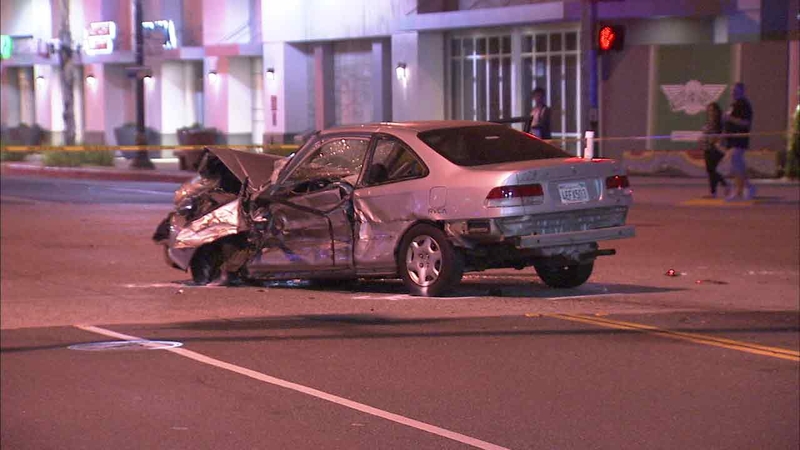 Toddler in serious condition after hit-and-run in Alhambra

ALHAMBRA, Calif. (KABC) -- A 3-year-old girl was in serious condition and four others were injured after a wild hit-and-run crash in Alhambra Friday night.

Shortly before 9 p.m. at 4th and Main streets, a mother and her child were about halfway through a crosswalk when they were hit by a Honda Civic, according to Alhambra police.

The driver then kept going down Main Street and hit two cars a few blocks away, police said.

The child remained in serious but stable condition as of Saturday morning. Four others, including the driver of the Civic, were transported to hospitals with minor injuries.

Police said the suspect was treated and then booked on charges not yet known. Authorities said he was being investigated for possible DUI.