If approved, she along with Monterey Park's Kelly Gordon will be the only two female police chiefs in the San Gabriel Valley.
KABC 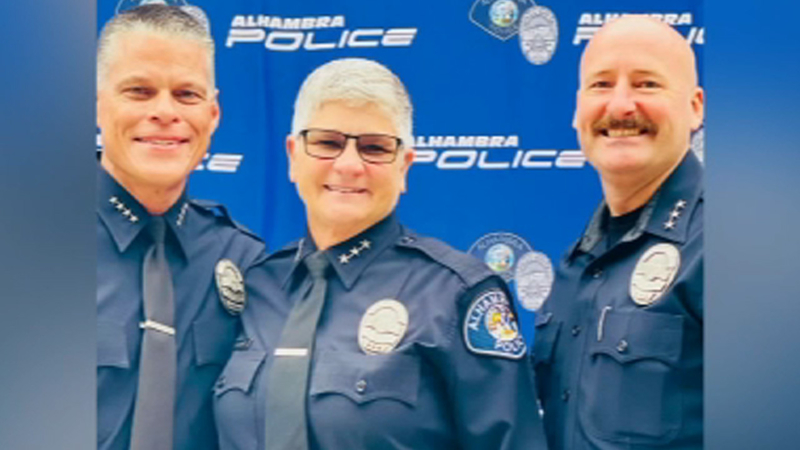 Alhambra could soon have its 1st permanent female chief of police

ALHAMBRA, Calif. (KABC) -- It could be a historic day for one Southern California police department.

The Alhambra City Council is slated to vote on whether to appoint Kelley Fraser, a longtime law enforcement officer, as its new police chief, making her the force's first permanent female leader.

If approved, she along with Monterey Park's Kelly Gordon will be the only two female police chiefs in the San Gabriel Valley.

City council will cast its vote during Monday's meeting. The item is listed on the agenda with a recommendation for approval.

Fraser spent more than three decades working for the Los Angeles County Sheriff's Department and was once Commander of the West Hollywood station.

She was made assistant chief in Alhambra in October 2019.

Fraser's first day would be just two days after Christmas. It's also just one week after Alhambra's current police chief, Eric Parra, is set to be sworn in as the leader of the police department in Huntington Beach.

"It's not lost on me, by any means," Fraser told the San Gabriel Valley Tribune. "I think in my close to 35 years in the law enforcement profession, I've never taken my gender for granted nor have I ever mandated it to be my purpose."

To watch and listen to the meeting, visit the city's website.