KABC
By John Gregory, Carlos Granda and ABC7.com staff
LOS ANGELES (KABC) -- A nearly $120 million settlement was announced on Wednesday in the litigation against Southern California Gas Company over the massive 2015 gas leak in Porter Ranch.

Southern California Gas Co. said in a statement that it will reimburse the city, county and state governments for costs related to its response to the leak. The settlement between prosecutors, local and state officials against SoCal Gas amounts to $119.5 million.

SoCal Gas also said it will establish a program with the California Air Resources Board to alleviate methane emissions from the leak and fund local environmental projects that will be government managed.

The company said it will continue its fence line methane monitoring program at the facility and hire an ombudsman to monitor and report on safety there.

"SoCal Gas violated California public nuisance laws, California health and safety codes and those relate to the unlawful discharge of air contaminants that cause a nuisance or injury to a considerable number of people," California Attorney General Xavier Becerra said at a news conference Wednesday with other officials, including L.A. Mayor Eric Garcetti and L.A. City Attorney Mike Feuer.

A long-term health study will also be undertaken to assess the health impacts of the leak; there will be $25 million earmarked for it.

Close to 100,000 tons of methane leaked from the Aliso Canyon Natural Gas Storage Facility in October 2015 and caused big problems for the community of Porter Ranch. Many people complained over health problems such as headaches and nose bleeds. Approximately 8,000 residents had to be evacuated, some for months, until the leak was fixed. It was the largest single release of methane in U.S. history.

An attorney for people living in Porter Ranch said the settlement is just for local and state government parties. It doesn't involve lawsuits involving residents and SoCal Gas as health claims are still being litigated.

Operations at the facility resumed in July 2017. SoCal Gas said it had met and sometimes exceeded the state's safety requirements, and it needed to increase its inventory at the storage field to avoid an energy shortage.

Los Angeles County unsuccessfully tried to keep the facility closed until it showed it could safely withstand an earthquake. A judge ruled he did not have authority to override a reopen order from the California Public Utilities Commission. Appeals court judges shot down efforts to halt the restart.

State officials said the facility was safe and that the earthquake fears were overblown.

Under new regulations, gas will only flow through newly installed and pressure-tested inner steel tubing. The agreement also spends money for unrelated issues such as methane gas from cows and electric school buses. That has residents upset.

Matt Pakucko came to the news conference and was ejected before it started.

"Sounds like a big payday for the city, state and the county, and zero for the actual victims," Pakucko said.

He wants the facility closed down and feels this agreement is not enough.

The residents still have pending lawsuits and there is a separate investigation by the Public Utilities Commission to determine why the incident happened. 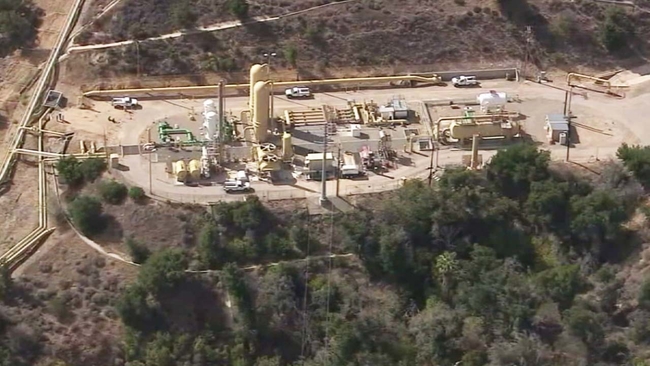 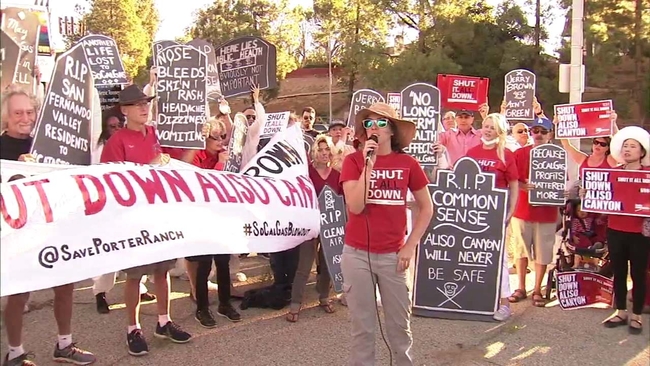