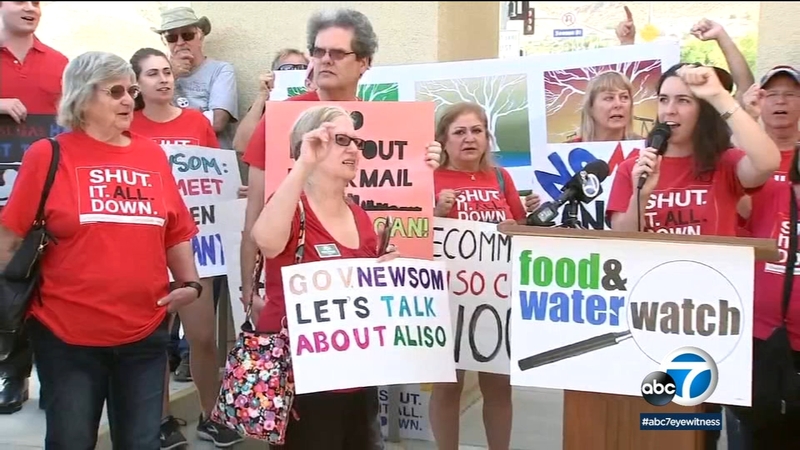 The hearing at the Porter Ranch Community School was set to investigate why the accident occurred.

In 2015, a break resulted in a huge leak that released tons of methane gas and other chemicals into the air. For decades, the gas company has stored gas in underground wells.

"Does natural gas really need to be stored locally in these enormous quantities?" Rep. Brad Sherman, D-Sherman Oaks, asked during the hearing. "Do we want to store our natural gas by putting it in underground old oil fields?"

"They buy low and sell high just like any other company would," State Sen. Henry Stern, D-Calabasas, said. "The problem is that it's in your backyard, and it's in all of our backyard, and I don't think we can afford that risk."

People say before and after the accident, they've had health problems.

"This stuff is in my hair. It's all inside my house, in our bodies and everything," Porter Ranch resident Maureen Capra said. "Something needs to be done to get rid of this monster up there."

SoCal Gas issued a statement that said in part:

"After more than three years of investigation by both California Public Utilities Commission and Blade Energy Partners, and more than $109 million spent on the root cause analysis, neither investigation has identified a specific violation of law, rule or regulation, or even failure to conform to industry standards."

"There's no safety shut off valves on those wells," Porter Ranch resident Matt Pakuko said. "It's been leaking for 40 years and SoCal Gas has not done the right thing."

There is now a feasibility study to see what would happen if the facility is closed.

"We need results, and I agree with the testimony this morning that Aliso Canyon needs to be shut down," Stern said.