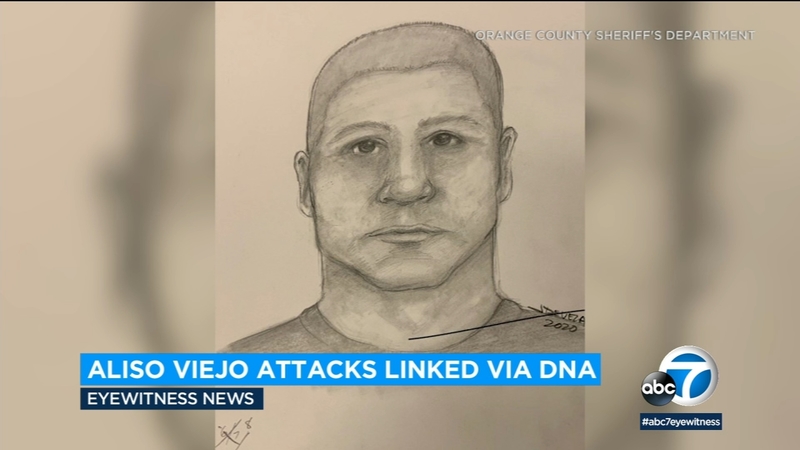 Investigators linked the violent incidents using DNA from the victims, according to the Orange County Sheriff's Department.

On Jan. 20, a 22-year-old woman told authorities she was skateboarding at Woodfield Park when a man talked to her and then grabbed her and pulled her into the bushes. She fought and screamed until he fled.

In the April 2 incident, a 30-year-old woman said she was on the Aliso Creek hiking trail where a man also grabbed her from behind and forced her into the bushes. She fought back and screamed for help and the suspect fled the scene.

The victim from the most recent attack reviewed footage captured by cameras in the area and identified an individual wearing a black shirt and shorts as a person of interest. Investigators believe the suspect in both incidents may be the same individual.

The attacker is described as a man in his 30s with dark eyes, little-to-no hair and a muscular build.

Investigators released a sketch and surveillance video of the suspect in which he was seen running on a trail.