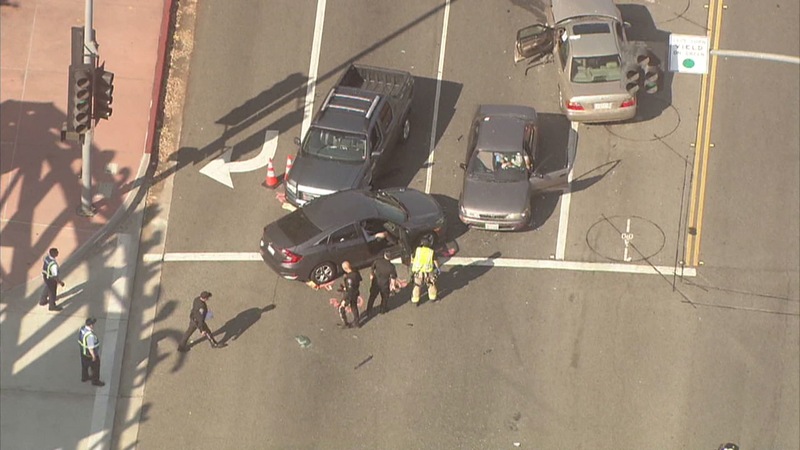 BURBANK, Calif. (KABC) -- A driver who was allegedly intoxicated struck and killed a woman as she was walking to work at the Walt Disney Co. in Burbank Thursday morning, officials said.

The collision was reported around 9 a.m. at Alameda Avenue and Lincoln Street outside a gate on the Disney lot.

Burbank police say a woman was hit by a vehicle as she was crossing the street in a marked crosswalk.

The vehicle careened into three other vehicles after hitting the woman, police said.

She was transported to a local hospital and pronounced dead there. Her identity was not immediately released pending notification of next of kin.

Officers detained two male occupants of the vehicle and say alcohol and/or drugs appear to be a factor in the collision.

The driver was identified as Stergios Economos, 37, of Burbank. He was arrested and booked on suspicion of vehicular manslaughter while intoxicated, according to Burbank Police Sgt. Derek Green.

The passenger was released.

Police asked anyone who witnessed the collision to call the Burbank police Traffic Bureau at (818) 238-3100.