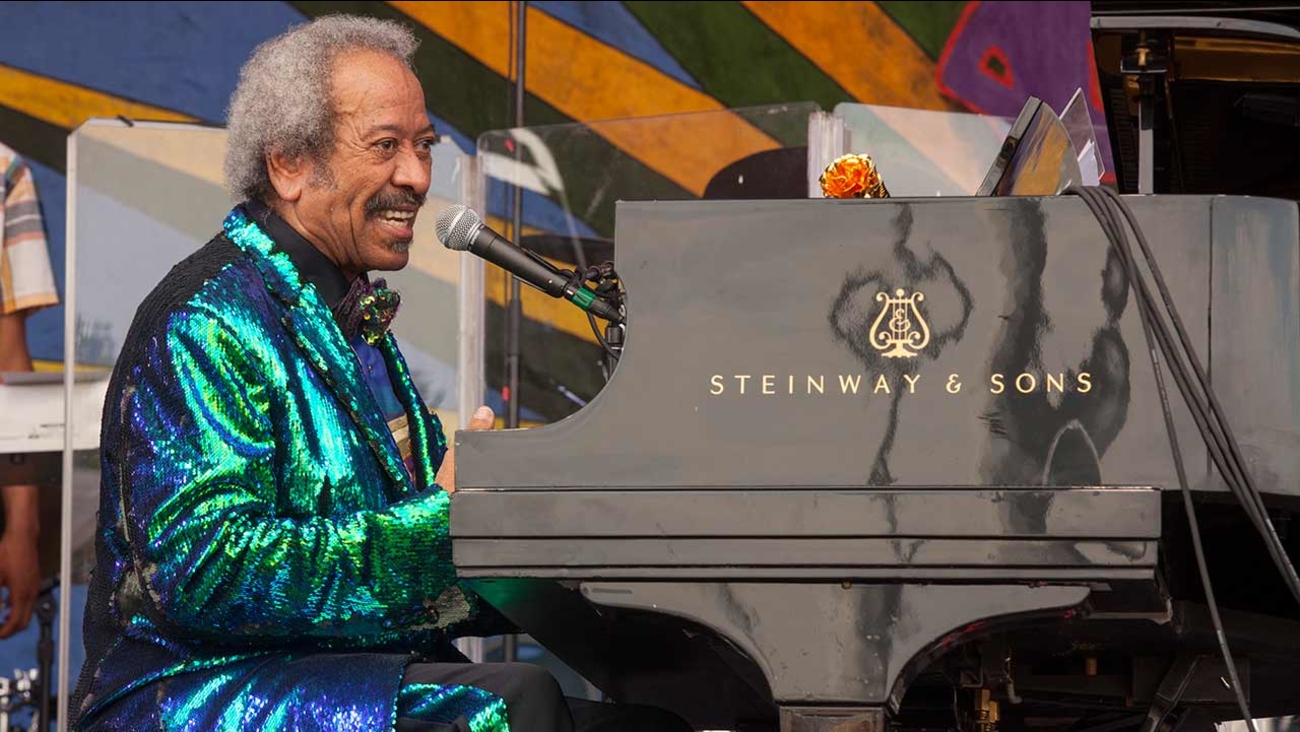 MADRID -- Legendary New Orleans musician and composer Allen Toussaint, who penned such classics as "Working in a Coal Mine" and "Lady Marmalade," has died after suffering a heart attack following a concert he performed in Spain. He was 77.

But Toussaint stopped breathing during the ambulance ride to a hospital and efforts to revive him again were unsuccessful, Ayuso said.

Toussaint was born in New Orleans' Gert Town, a working class neighborhood of the city, where he lived in a "shotgun" house - so-called because you could stand at the front door and fire a shotgun through to the other side of the house. He went on to become one of the city's most legendary and celebrated performers. He was often one of the headliners at the New Orleans Jazz & Heritage Festival.

Toussaint has hundreds of hits to his name and received the Recording Academy Trustees Award during the 2009 Grammy Awards. He penned the 1966 Lee Dorsey classic "Working in a Coal Mine" and produced Dr. John's 1973 hit "Right Place, Wrong Time" and 1975's "Lady Marmalade" by the vocal trio Labelle. In 1998, he was inducted into the Rock and Roll Hall of Fame.

He worked with some of the greatest names in music including Irma Thomas, the Meters, Joe Cocker and the late Ernie K-Doe. Approaching 80, he was still active touring and performing. He was expected to perform a benefit concert along with longtime friend Paul Simon in New Orleans on Dec. 8.