Los Angeles is filing new charges in a long-running battle against a South LA oil facility that has triggered health complaints from neighbors.
KABC
By ABC7.com staff 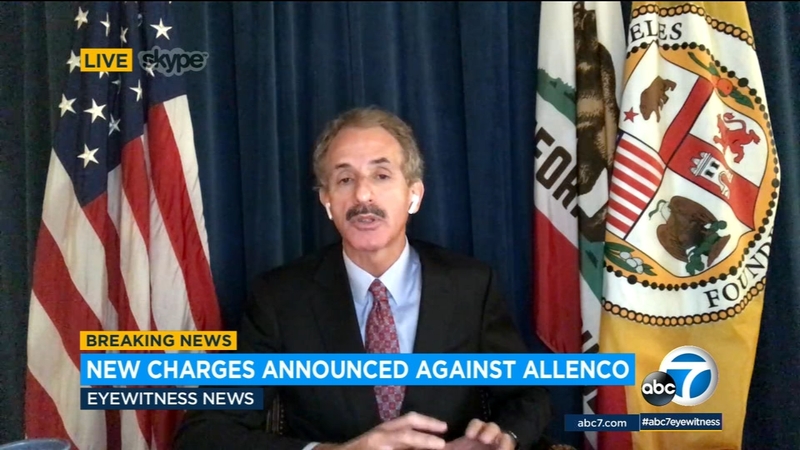 LOS ANGELES (KABC) -- The city of Los Angeles is filing new charges in a long-running battle against the owner of an oil facility in South Los Angeles.

City Attorney Mike Feuer told Eyewitness News that AllenCo is facing the charges because of the company's alleged disregard for protecting the health of its residential neighbors.

The company's oil production facility is located near the University of Southern California.

Feuer said there have been complaints by local residents about odors and serious health concerns linked to the facility.

In 2014, his office filed a civil lawsuit against the oil company and it agreed to put up a fenceline monitoring system and pay more than $1 million in penalties.

Now, he said, the facility is not active and the company is failing to shut down the wells on site as ordered by the state to protect neighbors from possible leakage.

So Feuer's office has filed two dozen charges against the company and its owner seeking fines and other penalties for failure to shut down as ordered by the state.

"When it comes down to it this is about whether these wells could cause leakage that could cause health problems in the neighborhood," Feuer said.

AllenCo has not publicly responded to the charges.

Feuer also spoke to Eyewitness News about several other issues, including the recent fatal shooting at a mansion party in Beverly Crest and how the city is handling prosecutions of people arrested in connection with recent protests.