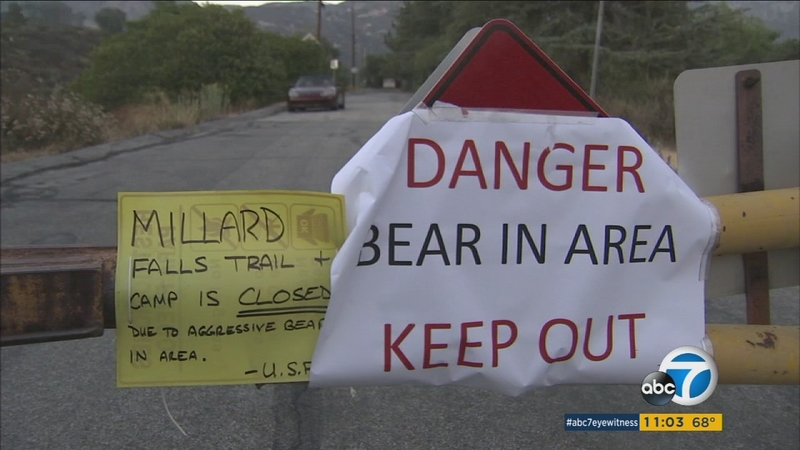 ALTADENA, Calif. (KABC) -- Fish and Wildlife officers are on the hunt in Millard Canyon above Altadena after a camper in his tent was attacked by a bear.

The incident happened around 9:50 p.m. Friday. Investigators said the man was lying down in his tent and never saw the bear when suddenly it clawed his head through the tent. He suffered a severe cut that required two dozen stitches.

"He felt something and he reached up and he had blood on his hands. Other people in the campground said that they did see a bear immediately in the area," said Patrol Capt. Cindy Wood with the Department of Fish and Wildlife.

The man received two dozen stitches and remained hospitalized as Fish and Wildlife searched for the aggressive animal which will be put down once found.

Wildlife officials said a bear was recently caught in the area and that bear's DNA would undergo DNA testing to determine if it was the bear that attacked the camper.

The man did not have food or toiletries in his tent, so wildlife officials said there was no reason for the attack.

Authorities captured a photo of the bear believed to have been responsible for the attack. Witnesses said the bear was around 120 pounds. Investigators said the victim is a seasoned camper and had been at the campground for a couple of days.

Residents in the foothills said they routinely see bears in the area, and one was captured on video just last week. But now the rare attack has residents on edge.