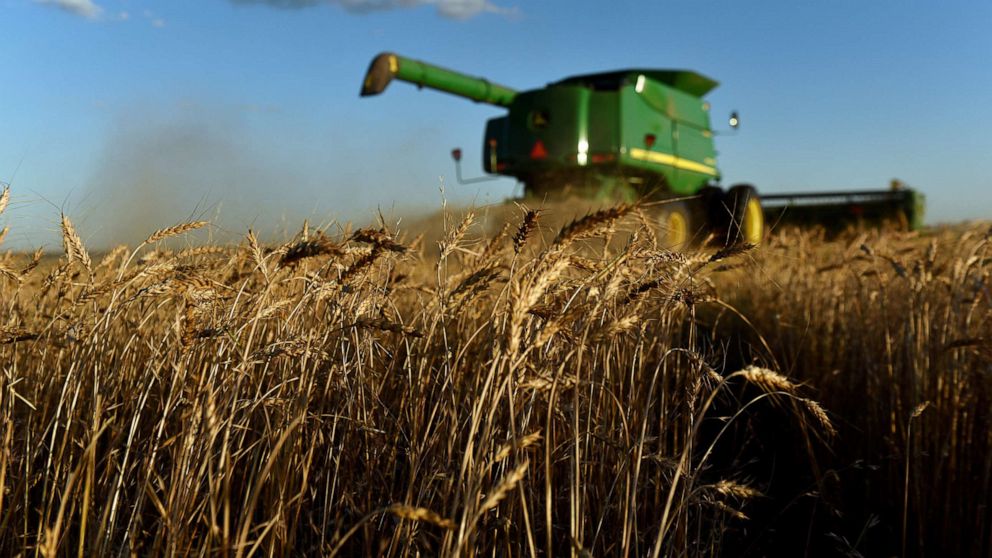 Agriculture and other uses of land around the world contribute more than 23% of greenhouse gas emissions, according to the report and warming from climate change could start to make food more expensive as heat, drought or extreme rains make crops less productive.

The report released on Thursday points out that some aspects of global food production are inefficient, including that 25 to 30% of food produced is lost or wasted. As populations grow in developing countries and those populations consume more meat and processed foods the demand for food will also increase and put more stress on resources like water and competition for land.

Representatives from the U.N. panel said they don't tell people what to eat but that more plant-based diets and sustainably-produced meat can have benefits for both the climate and human health around the world.

"Balanced diets, featuring plant-based foods, such as those based on coarse grains, legumes, fruits and vegetables, nuts and seeds, and animal-sourced food produced in resilient, sustainable and low-GHG emission systems, present major opportunities for adaptation and mitigation while generating significant co-benefits in terms of human health," the report says.

Climate and agriculture in the U.S. say the shift would have multiple benefits, including reducing greenhouse gas emissions from agriculture, improving health and providing new opportunities for farmers.

"The good news is that if you eat a more nutritious diet there's a good likelihood that if you're substituting legumes, and whole grains and vegetables and fruits for meat then you tend to also reap some real environmental benefits," University of Minnesota Professor Jason Hill told ABC News.

Walter Willett, an epidemiology and nutrition professor at the Harvard T.H. Chan School of Public Health, said the way we use land in the U.S. is detrimental to our health because there's so much emphasis on producing corn and soy for animal feed. He said the U.S. needs to produce massively more fruits, vegetables, and nuts instead of crops for animal feed, processed foods, and ethanol.

"That big 45 percent that we're feeding to animals and is basically making us sick by too much beef and pork, it's destroying our land and our resources at the same time. We're losing at both ends, we're losing by the destruction of the environment and we're losing by making people sick, so how can it get worse than that?"

Willett and other experts also said the U.S. would have to look at its system for supporting farmers, which heavily subsidizes crops like corn and soybeans, and incentivize sustainable farming practices and producing more healthy foods.

"We need to look at every foot of our land and think about how can we best use this to promote production of healthy food as well as do that in a sustainable way. These really are issues that are a collective responsibility, we can't put it all on the farmer," he said.

Amanda Shapiro, editor ofHealthyish Bon Appétit magazine's wellness site, said they have already seen their readers asking for more vegetarian recipes or recipes that can be easily adapted to be vegetarian or vegan. She said people in the food space are more conscious now that you don't have to label yourself "vegetarian" or "vegan" to reduce your consumption of meat.

"There's really a much more broad idea of what health means and I think more and more the shift toward vegetarianism for climate reasons I think our readers are thinking about health not just in terms of their health but in terms of the health of the planet," she told ABC.

But Shapiro said if people are willing to be creative with flavor and incorporate healthy fats, a plant-focused diet can be just as satisfying as one focused on meat. She said especially with so much seasonal produce this time of year, which has been the focus of the Healthyish "Farmer's Market Challenge," "there's just no excuse not to feel inspired by plant based cooking."

For practical tips, Shapiro said home cooks should think about recipes they already like or are excited to try and experiment with a plant-forward version, like making meatballs from mushrooms instead of pork or using less meat the complement the other ingredients instead of the main element of a meal. She also said playing with different spices and sauces, as well as healthy fats, can keep food interesting and filling without focusing on meat.
Report a correction or typo
Related topics:
abc newsnational
Copyright © 2020 ABC News Internet Ventures.
More Videos
From CNN Newsource affiliates
TOP STORIES