How to recognize the early signs of Alzheimer's disease 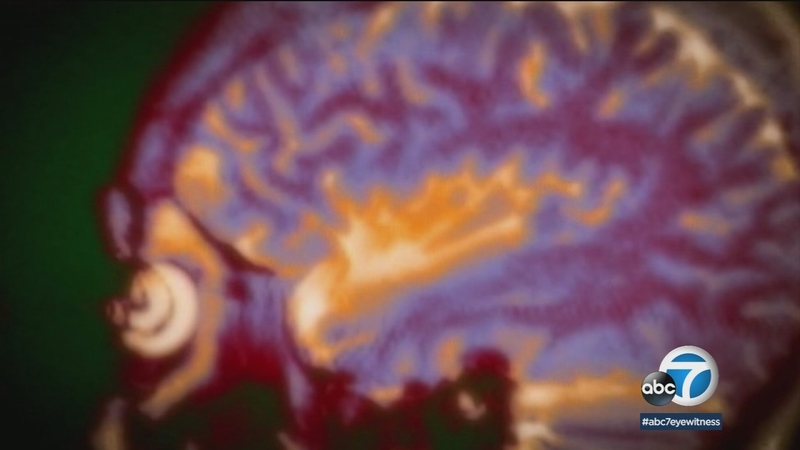 How to recognize the early signs of Alzheimer's disease

LOS ANGELES (KABC) -- As many as three-quarters of the 36 million people who have Alzheimer's or other forms of dementia have not been diagnosed, according to a leading Alzheimer's organization.

The average time between first symptoms and diagnosis is over two years.

So how do you know when an aging parent or friend, who keeps losing their keys, for example, is just showing a normal sign of getting older? Or maybe it's losing their train of thought?

"It's difficult to differentiate Alzheimer's dementia from normal aging because we all experience these memory slips as we age, so people tend to play them down," said Dr. Gary Small, director of the UCLA Longevity Center.

Other experts point to major driving issues, such as struggling to find their way around an area they're familiar with or making inappropriate turns, as a sign. Another sign of dementia is difficulty discerning right from wrong and stealing or breaking other laws.

Doctors said you should watch out for an inability to recognize sarcasm, frequent falls, depression, unfocused staring, or forgetting the function of objects. In other words, losing keys may be a sign of normal aging, but forgetting what car keys are for may be a sign of something more serious.

The Alzheimer's Association has more examples of ways to differentiate normal signs of aging, versus early signs of Alzheimer's , which can be accessed by clicking here.

Another example is a person with Alzheimer's disease may have difficulty with a sense of time and place, like forgetting how they got somewhere. A normal sign of aging is being confused about the day of the week, but figuring it out later.

"We found, and many others have found, that the earlier you can diagnose someone and treat them, the better their overall outcome," Small said.

Early diagnosis is key to slow the onset of Alzheimer's so take the time to talk to someone if you are concerned they might be showing signs.

And, if you're worried that your parent will be dismissive or angry when you bring up getting evaluated for Alzheimer's, experts said one suggestion is to call their doctor and voice your concerns.