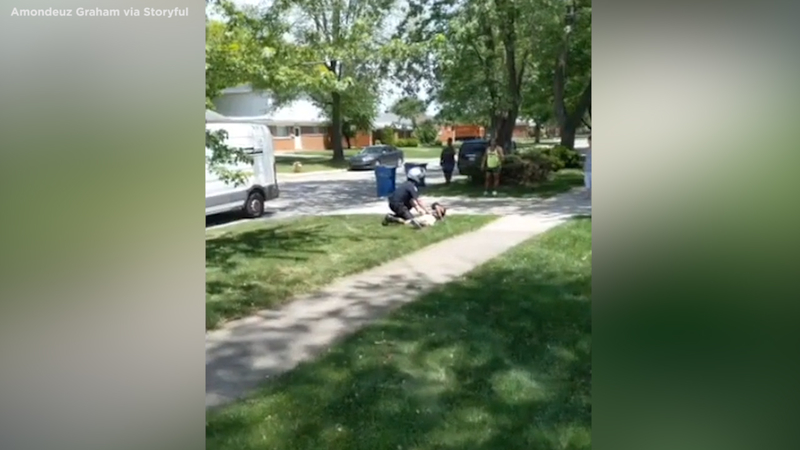 WARREN, Mich. -- A Michigan officer was placed on paid leave after video surfaced of an Amazon driver being held down over an apparent parking violation Tuesday.

The Facebook live video, broadcasted by Amondeuz Graham, shows the white officer pinning the black delivery driver facedown on the ground in Warren, a suburb of Detriot.

Jim Michaels, who ordered the package on Amazon, said the driver had parked facing the wrong direction, and when police asked to see his license, the driver did not immediately show it to them, WXYZ-TV reported.

"He was aggressive taking him down to the ground. It was so ridiculous over a traffic offense," Michaels said.

Demands for police reform are growing louder across the country.

Police said the driver was arrested and released without charges.

An officer involved remains on paid leave pending an investigation.