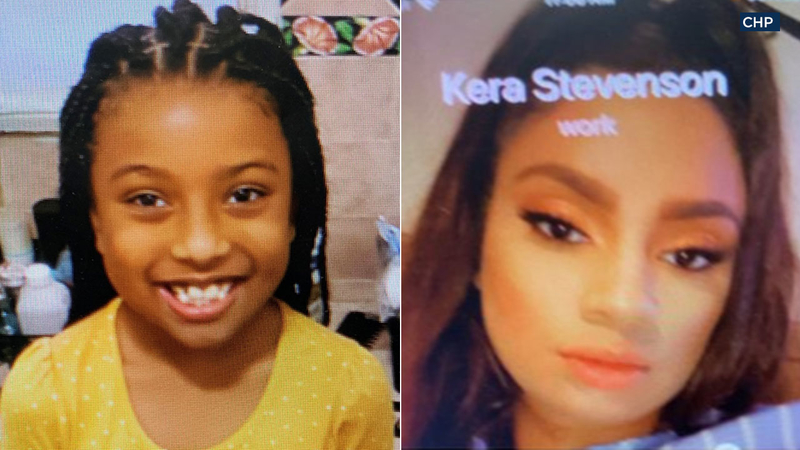 LOS ANGELES (KABC) -- An 8-year-old girl was found safe and a woman was detained Wednesday morning after the child was allegedly abducted by her mother in Los Angeles, prompting an Amber Alert, authorities said.

Aleigha Stevenson had last been seen earlier in the morning, according to the California Highway Patrol.

Just before 2 a.m., LAPD detectives responded to a call on the 2800 block of W. 42nd Street and learned that Aleigha's father and his ex-wife have been involved in an ongoing child custody dispute with a restraining order on file.

The father told authorities that Aleigha's mother, identified as 29-year-old Kera Stevenson, showed up at his home with three other men. When he allowed her to enter the residence to see her daughter, one of those men pushed his way inside and "forcibly removed" the girl before fleeing, according to police.

The LAPD said Stevenson does not have custodial rights of Aleigha, who was believed to be wearing pink and white pajamas.

The CHP said Stevenson was believed to be driving a vehicle described as a black 2004 Chevrolet Suburban or a black 2017 BMW 320 with an Oklahoma license plate.

Authorities said she was considered armed and dangerous.

The Amber Alert was issued for Los Angeles and Orange counties shortly after 8 a.m., causing many cellphones throughout the region to beep and vibrate when the mobile notification arrived.

About two hours later, the LAPD said Aleigha had been found. Police did not immediately confirm whether the woman in custody was Kera Stevenson.