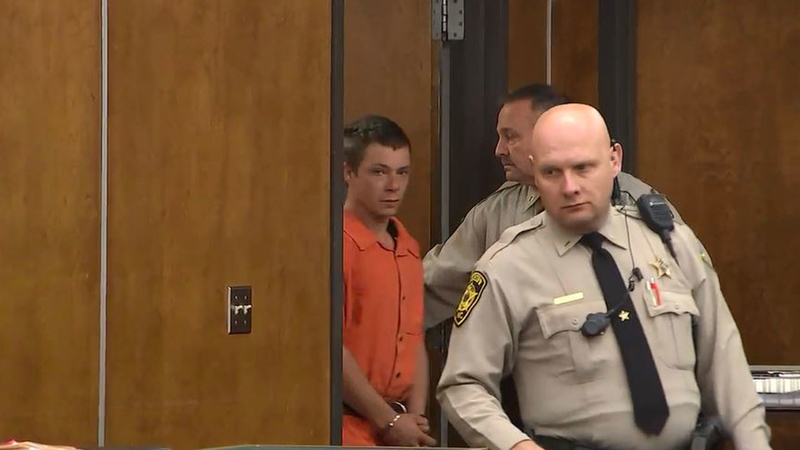 Thirty-two-year-old Earl Kimrey is the live-in boyfriend of Mariah's mother.

* Authorities believed they have found the remains of Mariah Woods.
*Remains located in Shelter Creek along Shaw Highway in Pender County.
*Remains to be identified by the medical examiner's office.
*32-year-old Earl Kimrey has been arrested and charged.

During Kimrey's brief court appearance, the judge asked him if he had any questions before scheduling his next court date for Dec. 18.

Authorities find remains that they believe are of Mariah Woods.

Authorities in Onslow County have charged Kimrey with concealing of death; obstruction of justice, second-degree burglary, felony larceny and possession of stolen property.

He was taken into custody by investigators at the Onslow County Sheriff's Office on Friday.

A warrant said that Kimrey obstructed justice by "removing Mariah Woods' body from the scene of her death and did conceal Mariah Woods' death and body, knowing that Mariah Woods died from unnatural causes. The defendant acted with deceit and intent to fraud."

The Fayetteville police dive team recovered what they believe to be Mariah's remains from Shelter Creek in Pender County, Saturday evening.

A medical examiner is now performing an autopsy to figure out exactly how she died.

Mariah was last seen in bed by her mother around 11 p.m. on Nov. 26. Her disappearance prompted an Amber Alert on Nov. 27 that gained national attention.

District Attorney Ernie Lee has been consulted on the current charges and additional charges could be pending.