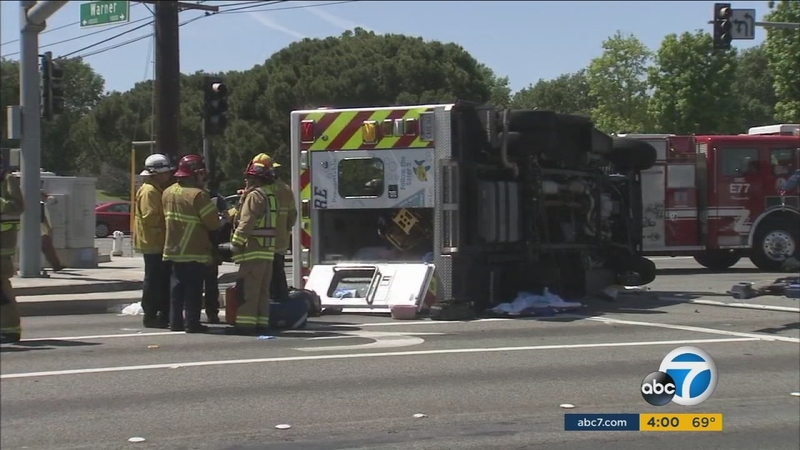 The collision was reported at 1:39 p.m. at Euclid and Warner avenues.

Officials said a passenger van heading eastbound on Warner collided into the ambulance, which was heading southbound on Euclid with its lights and siren activated, at the intersection.

Five people in the ambulance, including a patient who was already being transported, as well as a family member, two EMTs and a paramedic, were hospitalized for injuries in the crash.

One of the two people in the passenger van was also treated for injuries at a local hospital, officials said.

Initial reports indicated seven people were hurt in the crash, but only six were injured enough to be transported to the hospital.