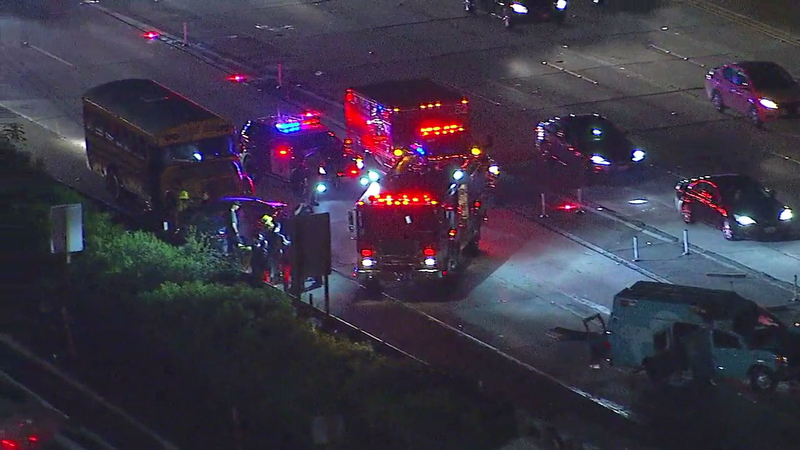 LOS ANGELES (KABC) -- An ambulance, school bus and car were involved in a crash on the northbound 405 near the 10 connector Wednesday night.

The crash was reported around 8:22 p.m. Wreckage at the scene showed a school bus crashed into the side of a car and an ambulance with some damage a short distance away.

There were no schoolchildren on the bus at the time.

The ambulance rolled over and the wreckage from the three vehicles blocked two lanes on the freeway and a Sigalert was issued.

Four people - all of them on board the private ambulance - were injured in the crash, with injuries that were described as non-life-threatening, officials said.

The four were transported to a local hospital, by a Los Angeles Fire Department ambulance.