LAFD ambulance crashes in Westlake after being stolen in downtown 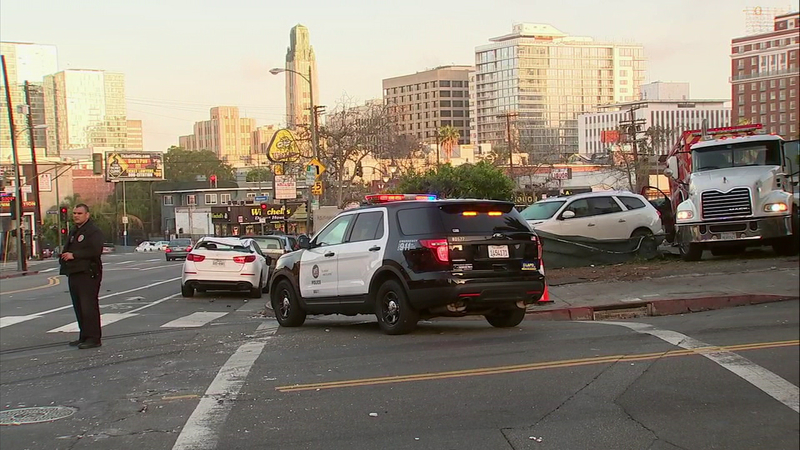 LAFD ambulance crashes in Westlake after being stolen

WESTLAKE (KABC) -- A Los Angeles Fire Department ambulance was involved in a crash in the Westlake District after it was stolen early Sunday morning, authorities said.

Firefighter-paramedics were assisting a patient in downtown about 3:25 a.m. when the unoccupied vehicle was taken, according to the LAFD.

The subsequent crash occurred near MacArthur Park, after which the ambulance was located by police, fire officials said. No one was reported injured in the collision.

Meanwhile, another ambulance was summoned to the scene of the original incident and transported that patient to a hospital.

A Los Angeles Police Department spokesperson said the stolen vehicle had a tracking device and was discovered at the intersection of Seventh Street and Rampart Boulevard.