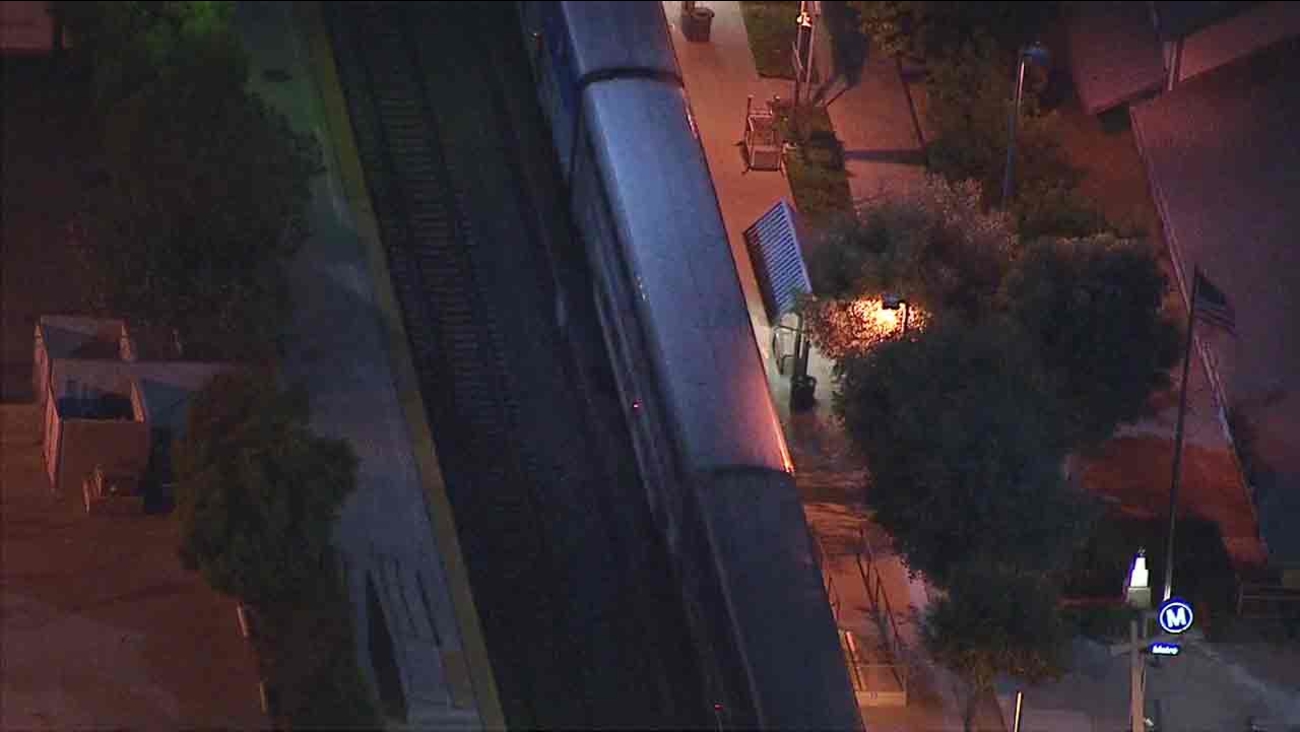 An Amtrak train stopped in Chatsworth after reports of a man inside with a gun on Friday, Sept. 16, 2016.

Authorities received reports of a man with a gun inside Train 790, the Pacific Surfliner, at about 6:19 p.m. The train stopped at the Chatsworth and was isolated, according to the Los Angeles County Sheriff's Department.

As of midnight, the suspect remained barricaded inside as deputies tried to bring the incident to a peaceful end.

Dozens of passengers were left frightened - and stranded.

Witnesses said the suspect appeared to be under the influence, or possibly had a mental health issue.

"I didn't know what was happening. I just saw two cops - one escorted us out and the other one had a shotgun and then they had, like, AK-47s out," said another passenger.