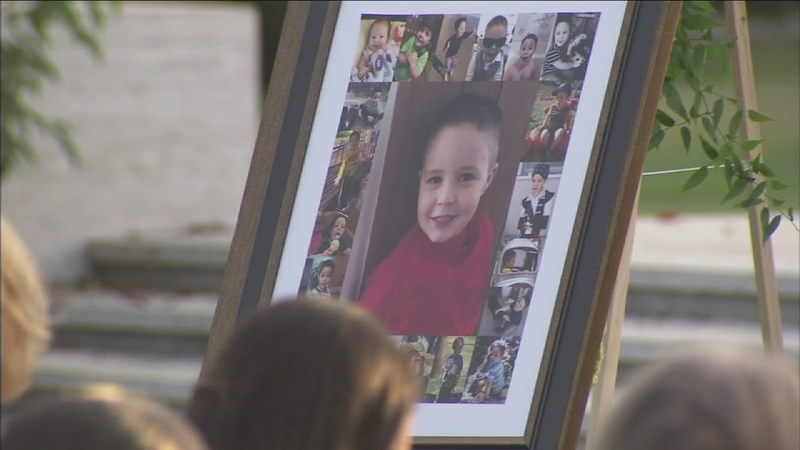 LOS ANGELES (KABC) -- Ana Estevez, the mother of Aramazd Andressian Jr., who was brutally murdered by his father, spoke up for abuse victims during an annual event held by Kaiser Permanente.

Kaiser Permanente collected 420 bags of toiletries and school supplies for domestic violence victims and their children during October, which was Domestic Violence Awareness month.

It's the 14th year the hospital partnered with women's shelters to help victims who left physically and emotionally abusive relationships. Among the women supporting this cause is Ana Estevez.

Estevez was in many headlines this year after her ex-husband, Aramazd Andressian, was convicted of murdering their 5-year-old son.

Estevez reported her son missing last April. Weeks later, Andressian was arrested in Las Vegas. He told L.A. County detectives he suffocated his son and left his body in Santa Barbara County. Estevez said she wanted a divorce and sole custody. She went before the courts and said her pleas for help were ignored.

"The evaluator once again disregarded the evidence, denied my request for sole custody with supervised visits and decided that 50-50 custody was the best option. Eight days later my ex-husband murdered my son," Estevez said.

Since 2008, the Center for Judicial Excellence said 602 children have been murdered by a parent.

Estevez is urging lawmakers to pass House Resolution 72 and has the support of Congresswomen Grace Napolitano and Judy Chu. It seeks to make child safety the first priority of custody adjudications where family violence is suspected.