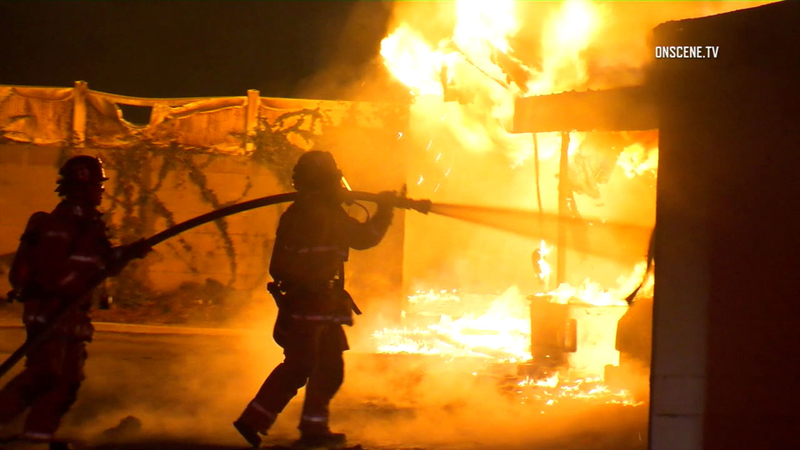 ANAHEIM, Calif. (KABC) -- Firefighters extinguished a dramatic blaze after it ripped through a carport early Tuesday morning at an apartment complex in Anaheim.

Anaheim Fire & Rescue responded just after 2 a.m. to reports of several vehicles burning in the 2000 block of Alameda Avenue, according to a statement from the Anaheim Police Department.

Personnel from the Fullerton Fire Department and Orange County Fire Authority were also dispatched to the scene, where news video showed an inferno raging inside the carport. Some 30 firefighters knocked down the flames within about 25 minutes, police said.

Eleven vehicles sustained significant damage in the incident, the news release said, adding that firefighters managed to protect "numerous" other vehicles and prevented the blaze from spreading to nearby structures.