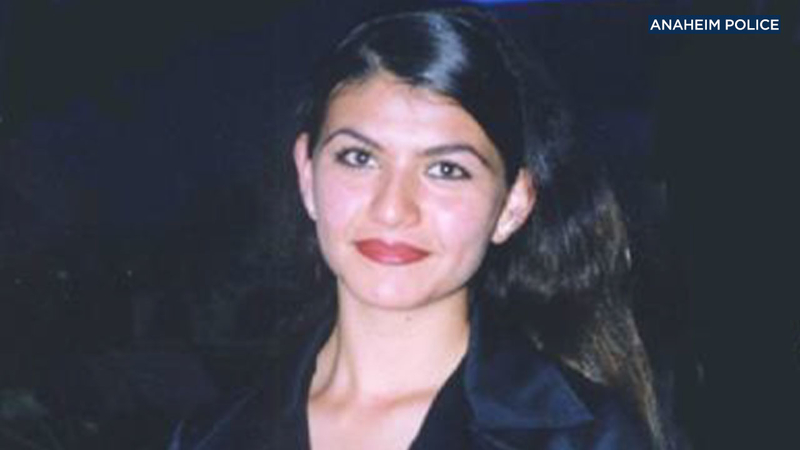 ANAHEIM, Calif. -- Anaheim police homicide detectives are pleading for any new information that may help them solve the murder of a young mother from 20 years ago.

In 1999, Mariana Tapia lived in Anaheim with her 4-year-old daughter. On July 2 of that year, she went to a birthday party at the El Rodeo nightclub in Pico Rivera, the last time anyone saw her alive.

"After a couple hours at the nightclub, Mariana's friends left and Mariana was last seen dancing with some unknown males," said Sgt. Jeff Mundy.

Her family filed a missing persons report with the Anaheim Police Department, but the search came up empty. Nearly two months after she was last seen, some Irvine Company employees working in a ravine off Gypsum Canyon Road and the 91 Freeway found her body.

"Her body was discovered in a shallow grave, and an autopsy later revealed she was the victim of at least one gunshot," said Mundy.

Mundy leads the police department's homicide division and and revisits the case often. Detectives have used new technology to look at DNA, ballistics and are still looking to contact a witness who called police early on with lots of details but never called back.

Her killer is still on the run, a case that's affected generations of officers.

"Young, 18-year-old female just starting her life. She had a 4-year-old daughter at the time," said Sgt. Daron Wyatt. "I don't think there's a detective across the nation that wouldn't take a personal interest in a case like this."

Tapia's daughter is now 24 years old. As she and the rest of the family wait for justice, Anaheim police are pleading with the public to help them find the person who took this young mother's life.

"We're going to find you, and it just makes most sense for you to come forward and tell us what happened, because if you don't, somebody else will," said Wyatt.