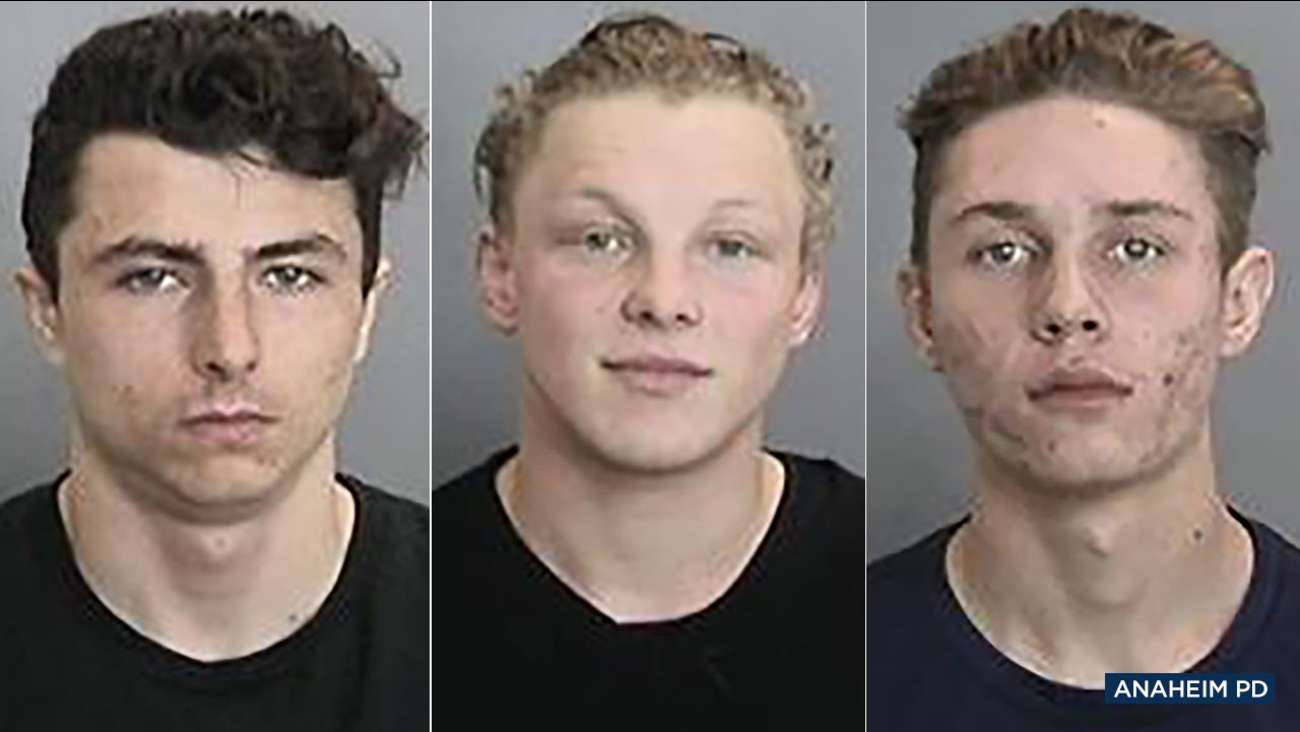 ANAHEIM, Calif. (KABC) -- Anaheim police have cleared their last unsolved homicide of 2018, making three arrests in connection with the September shooting death of a man during a "factory party."

Julio Cesar Munoz, 36, of Placentia, was found with a single gunshot to the head near a trash dumpster in the cul-de-sac on the 1200 block of North Sunshine Way on Sept. 29, 2018.

Detectives determined he had been shot just after midnight after a "factory party," described as a gathering in industrial areas where there are often illicit activities such as inhaling nitrous oxide, or "nos."

Detectives say they interviewed dozens of witnesses, looked through surveillance footage and sought 20 search warrants in an investigation that led to the arrest of three suspects: Larry Robert Douglass II, 19, of Artesia, Johnathan Michael Rowe, 19, of Santa Ana, and Zachary Jay Goemaat, 19, of Santa Ana

All three were arrested this week and booked for murder and are being held at Orange County Jail in lieu of $1 million bail.

Police have not disclosed a possible motive.

The Anaheim Police Department said it investigated seven homicides in 2018 and these arrests cleared the last of those remaining unsolved from that time.