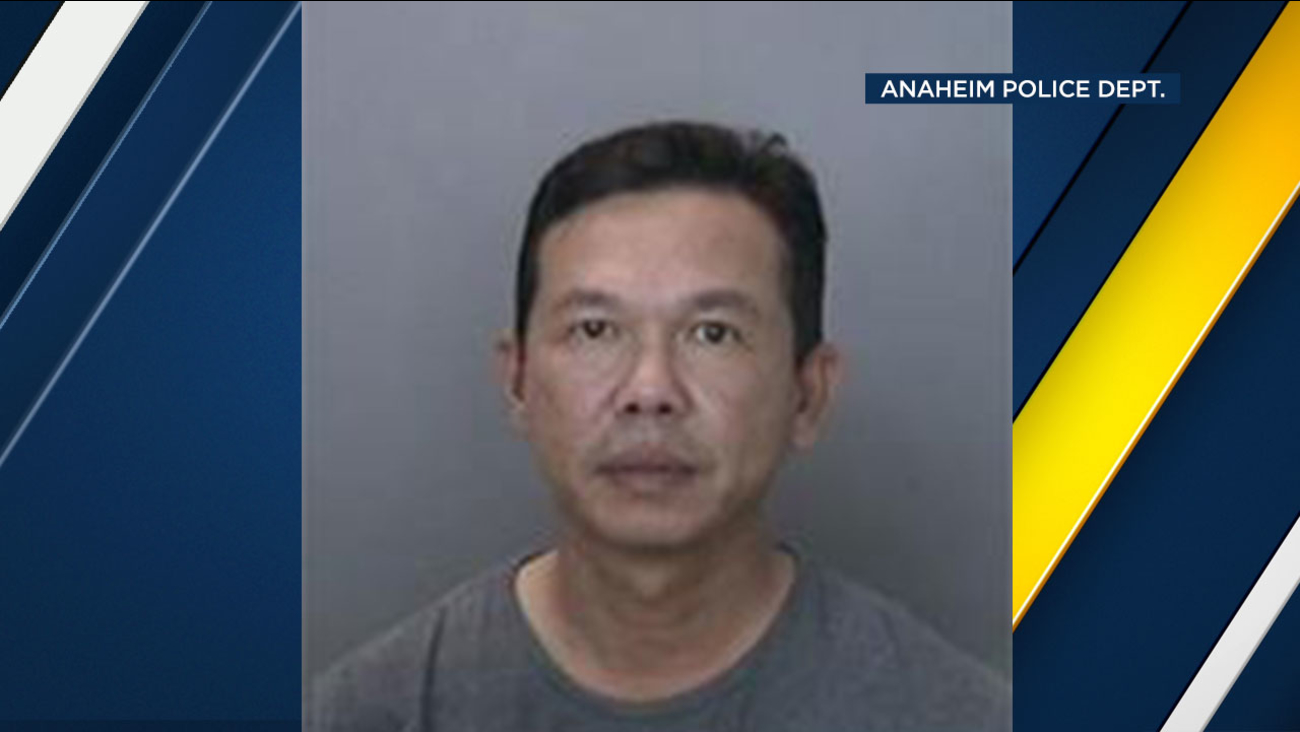 A tip from the public led Anaheim police to arrest a man suspected of being behind the wheel in a fatal hit-and-run crash. (Anaheim Police Department)

ANAHEIM, Calif. (KABC) -- Police arrested a 47-year-old man suspected of being behind the wheel in a fatal hit-and-run collision that left one pedestrian dead in Anaheim, police said on Thursday.

The Anaheim Police Department said Kelven Ta was arrested on Tuesday after a public tip led investigators to Ta's car in the 2100 block of W. Juno Avenue.

According to police, evidence suggested the male had been struck by a vehicle, but the driver had left the scene.

The APD said a social media callout helped identify Ta's vehicle, a 2002 silver Acura 3.2 TLS that was missing the driver's side mirror.