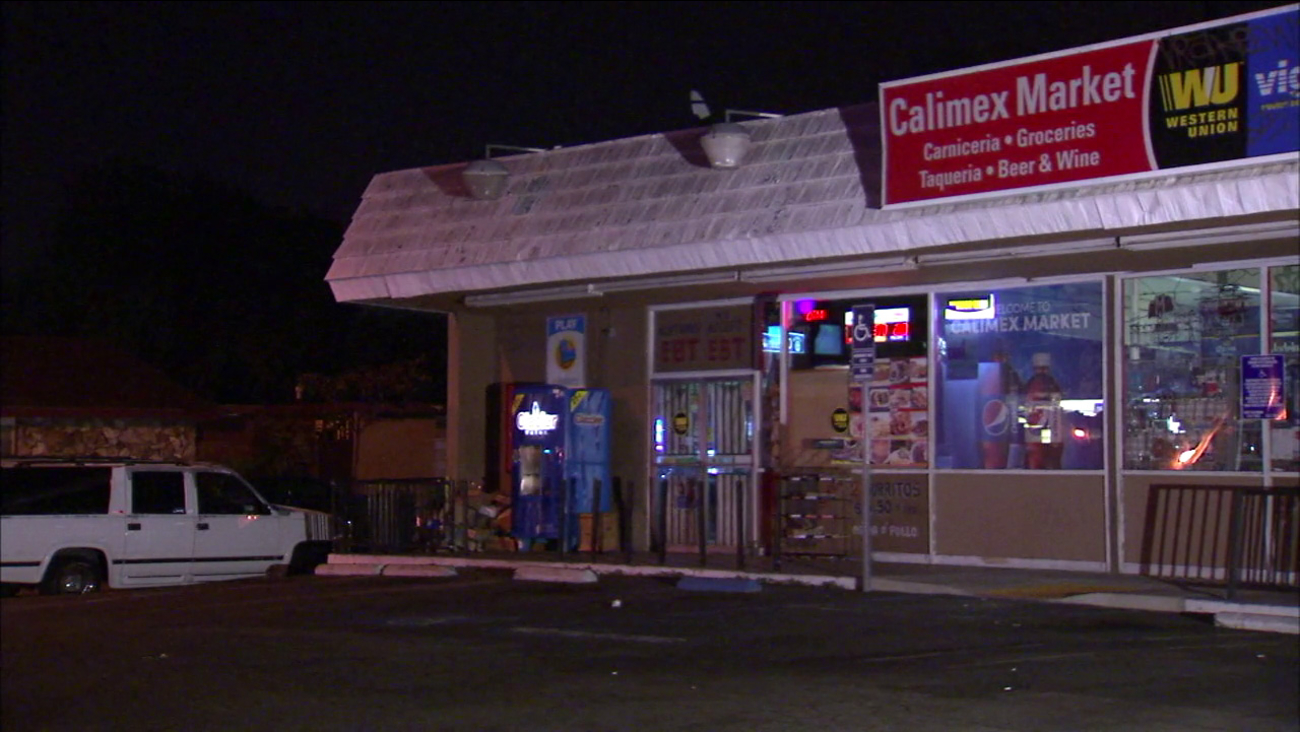 The Calimex Market in Anaheim is seen on Friday, Sept. 23, 2016, the day after the store was robbed at gunpoint. (KABC)

The incident was reported at about 10:13 p.m. at the Calimex Market at 316 Brookhurst Street, where two business owners were held at gunpoint as the robbers rummaged through the store, said a spokesperson for the Anaheim Police Department.

Surveillance video appears to show two robbers standing behind an employee as he opens a cash register.

When the suspects ran out of the market, one of the victims fired at their vehicle with a small-caliber handgun, police said.

While the vehicle may have been struck by gunfire, investigators did not believe the robbers were hit. None of the employees were injured.