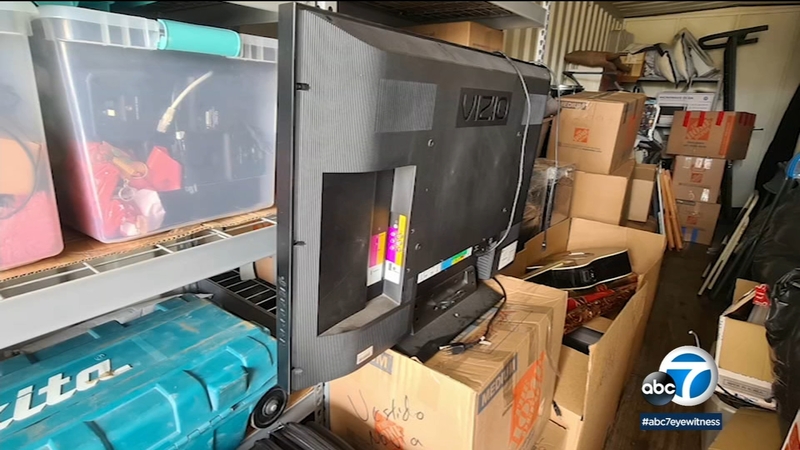 ANAHEIM, Calif. (KABC) -- A heartbroken man is pleading for help after thieves stole priceless possessions from his family's storage unit.

Inocencio Ortiz says burglars hit his unit at Everest Self Storage in Anaheim on March 7.

According to Ortiz, the thieves stole $15,000 worth of audio and music equipment that he was going to use to open a ministry.

He says what truly hurts is that they also took his wife's wedding dress.

"We were planning to go on our anniversary in June to, you know, do a trip," Ortiz said. "And I was telling her you know, what? Let's dress. You put your wedding dress and I put my clothes, and let's use it before we still fit in it."

Ortiz is frustrated because he actually found his stolen items on the "OfferUp" app and the seller is only a mile away.

He says he filed a police report, contacted "OfferUp," and told the storage manager, but says all of them brushed him off.