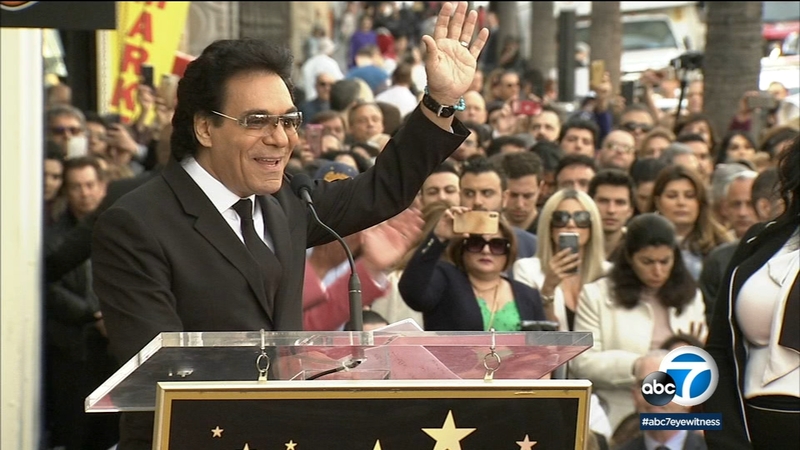 The Hollywood Walk of Fame celebrated international singing star Andy Madadian by honoring him with his very own star on Friday.

His career spans 40 years, selling millions of albums along the way.

When Madadian walked up to the podium to speak at the ceremony, he said, "They told me to speak from the heart and the problem is I can't catch up with my heart because it's running too fast."

This was a big day for the entertainer. Excited fans gathered in Hollywood to see the man once nicknamed the "Persian Bono" receive his star on the Hollywood Walk of Fame.

Talk show host Suzi Khatami said, "He's a great talent and he has proven over and over that music knows no boundaries."

His fans agree. "I just love the man," said Armine Khachikian of Azusa. "I don't know a word of Persian, by the way, but I can sing along to all of his music."

Madadian's fans are faithful. "I've been a fan since I was a little girl. Andy's a beautiful person inside and out," said Paris Shadmani of West L.A.

Mohammad Shariff, who drove in from Agoura Hills, said, "This is the best thing that could even happen for Iranians."

Madadian came to America from Iran on a student visa and played soccer for Cal State L.A. While he's lived here for some 40 years, he has not forgotten his homeland -- especially during these turbulent times.

"I'm an American. I'm an Iranian. I'm an Armenian," said Madadian. "America is great because we can all be here and live in peace here. And I wanted them to hear back there that we have not forgotten them. We love them just the same. And I hope and pray one day America and Iran will be friends."

Music executive Miles Copeland and singer La Toya Jackson spoke at the star ceremony. Madadian and Jackson had a hit song together.

Andy said if you've never heard his music before, "It makes you happy."